'No cause for panic' over gas pipeline shutdown 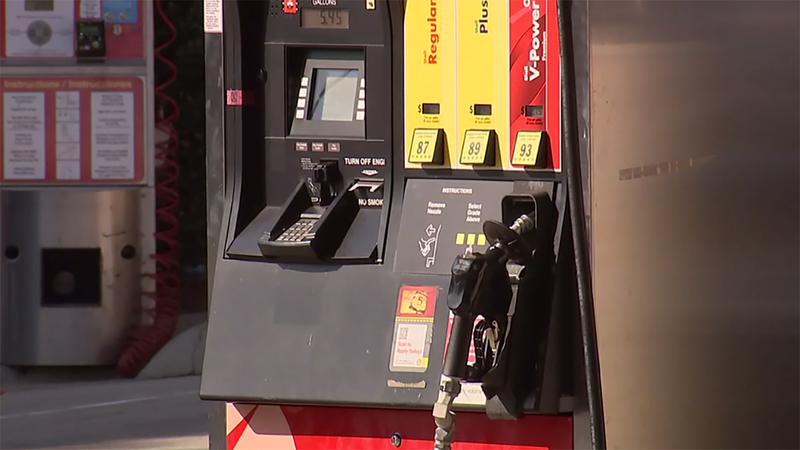 RALEIGH (WTVD) -- While a pipeline that supplies gasoline to millions of people has shut down, experts say if you rush to the gas station to fill up you'll only make the problem worse.

"We don't want to create panic at the pumps ... that's what happened in September. We had motorists running to gas stations and deviating from their normal consumption habits at the pump. What we say is don't fill up unless you have to, don't change up your normal spending habits at the pump and hopefully we can lessen the blow if in fact we're going to see a blow," said Tiffany Wright with AAA Carolinas.

It's the second time in two months the Colonial Pipeline has been turned off.

"I am continuing to work with our emergency management team to closely monitor the situation in Alabama," Gov. Pat McCrory said Wednesday. "I will continue to take every measure that is needed to minimize the impact of this disruption on North Carolina."

"I don't think it is too early to say there will be an impact. I think that is all but guaranteed at this point based on what we know now," said Patrick DeHaan, Sr. Petroleum Analyst with Gasbuddy.com. "I would tell motorists to be prepared for gas price increases and to cut back on travel if they don't have to."

On Tuesday, McCrory issued an executive order waiving maximum hours of service for drivers and temporarily suspended vehicle size and weight restrictions to facilitate the trucking of gasoline. The order also prevents price gouging, but we'll still see a spike in prices.

"Impacts on the supply may be beginning w/in the next 24 to 48 hours." -@PatMcCroryNC https://t.co/VQE1OlyZRc #ABC11 pic.twitter.com/WcbNVlU3mS

Though the governor said we could start feeling the impact within the next 24 to 48 hours, some people are already reporting seeing "no gas" signs on social media.

Some Raleigh residents told ABC11 they were headed out to beat the lines.

"Just getting it is the problem," said Raleigh resident Frank Powers.

The governor also suspended non-essential travel for state employees. In addition, McCrory directed the Department of Environmental Quality to work with the Department of Agriculture to use different gasoline formulas to increase access to supplies from northern states.

The disruption occurred when a track hoe - a machine used to remove dirt - struck the pipeline, ignited gasoline and caused an explosion Monday that sent flames and thick black smoke soaring over a forest in northern Alabama, Colonial Pipeline said. One worker was killed and a half-dozen were injured.

Speaking about the incident Tuesday morning, McCrory said: "As you know, that Colonial pipeline has a tremendous impact on North Carolina's fuel supply. We are in ongoing communications with the Petroleum Institute, Colonial and all the other organizations."

McCrory said the good news is that there are two pipes that run side-by-side. Only one is ruptured, so it's not as bad as it could be.

By mid-day Tuesday, Colonial Pipeline said it was able to restart the second of its two main lines, which carries diesel fuel and jet fuel. However, the company added that it anticipates that the main gasoline line will be closed the rest of this week.

As of Wednesday evening, the fire was still burning and the site remains inaccessible. The company anticipates being able to assess the damage Thursday and provide a timeline for when the pipeline may be restored.

A September leak that spilled 252,000 to 336,000 gallons of gasoline occurred not far from the location of Monday's explosion. That leak led to days of dry pumps and higher gas prices in Alabama, Georgia, Tennessee and the Carolinas while repairs were made.

A plume of smoke rises from the site of an explosion on the Colonial Pipeline on Monday, Oct. 31, 2016, in Helena, Ala.

The cause of that leak still has not been determined.

Colonial Pipeline, based in Alpharetta, Georgia, operates 5,599 miles of pipelines, transporting more than 100 million gallons daily of gasoline, jet fuel, home heating oil and other hazardous liquids in 13 states and the District of Columbia, according to company filings. Authorities have not said which type of fuel was involved in the explosion Monday.

Watch: Tips from AAA on how to conserve fuel
EMBED More News Videos