'He fooled us:' Friends of Colorado man accused of killing pregnant wife, daughters say they are shocked

Prosecutors have charged a Colorado man with murder in the deaths of his pregnant wife and their two young daughters.

FREDERICK, Colo. (WTVD) -- Friends of the man accused of killing his pregnant wife and their two young daughters said they are shocked and sickened by the news, especially since they rushed to his side when his wife -- Shanann -- was reported missing.

"We feel so stupid ... trusting him to stay the night in the same house as our daughter," Nick Thayer told ABC News. "I'll never let that go."

Watts even spent Tuesday night with the Thayers -- before he was arrested Wednesday. He is charged with three counts of first-degree murder and three counts of tampering with evidence. 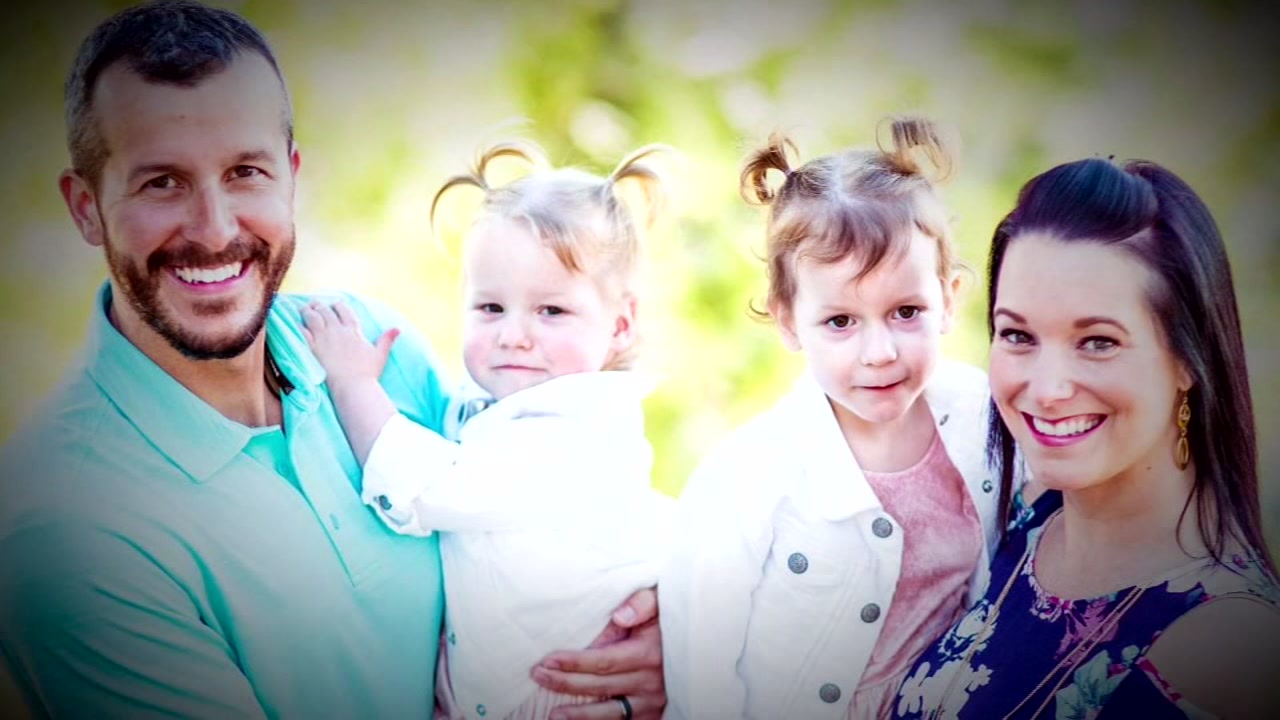 Police said the bodies of his wife and their two young children -- 4-year-old Bella and 3-year-old Celeste -- were found on the property of Anadarko Petroleum, one of Colorado's largest oil and gas drillers, where Chris previously worked.

The family has strong ties to North Carolina. Shanann was from Moore County and attended Pinecrest High School in Southern Pines. Her family still lives in North Carolina.

Christopher went to Pine Forest High School in Fayetteville and graduated in 2003.

Before his arrest, Christopher told Denver TV stations that he last saw his wife about 5:15 a.m. Monday when he left home. He then said Shanann's friend stopped by around noon asking where she and the girls were.

"He stayed the night at our house across the hall from our 5-year old," said Amanda Thayer. "That will haunt me."

Amanda said Shanann had confided in her about problems in the marriage.

"It came to her mind that possibly he could be cheating but at the same time she was like, 'he has no game,'" she said.

Shanann's Facebook account, on the other hand, painted a portrait of a happy family, with a constant feed of photos and videos of her family, friends and herself. Her comments were typically upbeat, saying how happy she was, whether she was running errands, playing with her kids or promoting a health program.

She posted selfies of her and her husband smiling in restaurants, in front of the ocean on vacation and at their house. On one from May 5, she wrote: "I love this man! He's my ROCK!"

She posted a photo on June 19 of some texts with her husband after sending him a sonogram. He replied that he loved the baby already.

She posted: "I love Chris! He's the best dad us girls could ask for."