But it was his considerable skills off of the gridiron that earned the NFL's Ernie Barnes the nickname "Big Rembrandt," skills which are now on display at the North Carolina Museum of History.

The "North Carolina Roots of Artist Ernie Barnes" features artwork, artifacts, and memorabilia from one of Durham's most famous native sons.

And his daughter Deidre couldn't be more pleased.

"We are loving it, my family and I," she told ABC11's John Clark. "It's blowing our minds, actually, the response the museum's been getting."

The exhibition, which opened in June, has been featured in the New York Times, the Washington Post, international publications, and on ESPN.

"It doesn't matter your age, your gender, your race, where you come from," she said. "I don't think you can go through this gallery and look at one of his paintings and not get inspired or nostalgia (sic) memories. I think it's just a really great exhibit for all people."

Ernie Barnes' daughter speaks about him and his work

After five seasons of pro football -- playing in Baltimore, New York, San Diego, and Denver -- the offensive lineman traded in his cleats for a full-time career doing his first love, art.

"Art was a very natural thing for me," Barnes once told an interviewer. "Sports and football were not. To play football as a kid was not my ambition. Last thing in the world that I wanted to do." 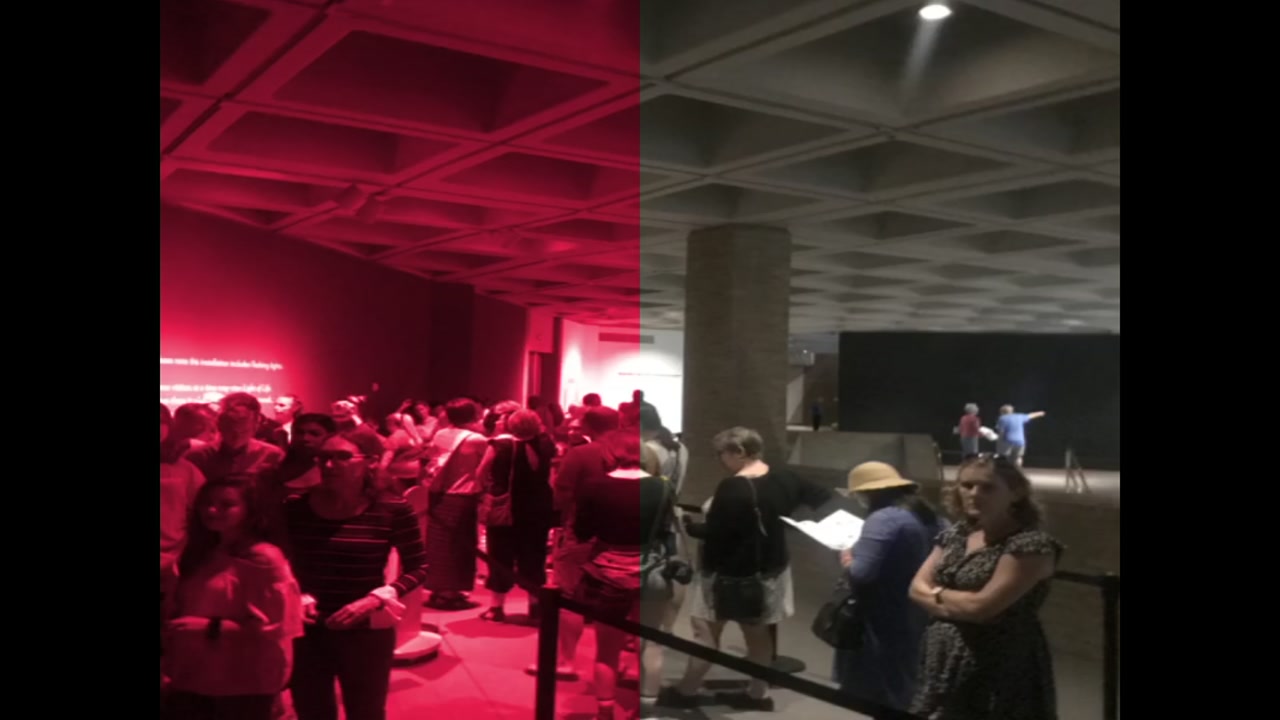 But his athleticism helped to win him a full scholarship at college, majoring in art.

Barnes had his first exhibition in the mid-1960s and enjoyed a stellar career. Many of his works featured athletes and displayed Barnes' trademark style of elongated arms and legs.

"My growing up in Durham was an experience I would not want to trade for anything," he once said. "As a matter of fact, so many of my paintings are reflective of my childhood."

Barnes' most iconic painting, The Sugar Shack, was inspired by a dance party at the Durham Armory that Barnes had snuck into as a boy.

The painting was featured prominently in the 1970s TV sitcom Good Times, and was used as a Marvin Gaye album cover.

Deidre Barnes said growing up, it was a common thing to see her father painting or with a sketch pad in his hand.

"If he was not painting he was not a happy person to be around. He was in an ill mood. We had to keep him painting. And if any of the kids wanted something, we needed to talk to him when he was painting!"

Barnes died of cancer in 2009 at the age of 70. But he left us with a rich, creative legacy that continues to inspire, delight, and prick the conscience.