ABC11 Together highlights the strength of the human spirit, good deeds, community needs, and how our viewers can help
WTVD
By Joel Brown 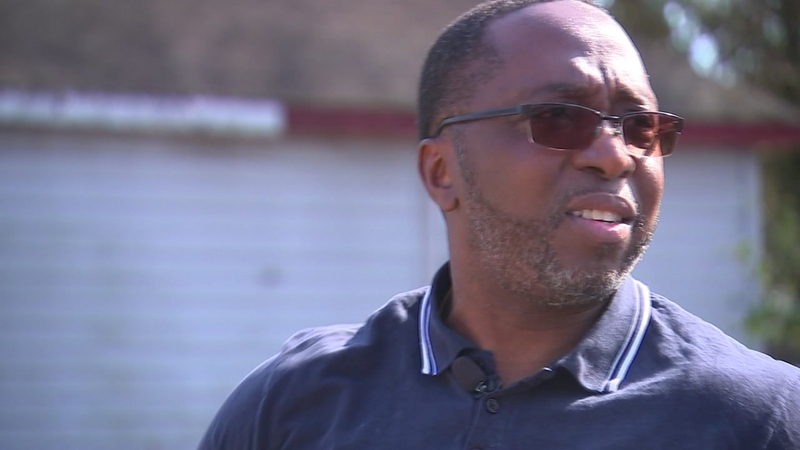 RALEIGH (WTVD) -- It has been Pastor Jones' mission over the last 20 years to reverse the decline in Southeast Raleigh's South Park neighborhood.

And the outreach ministry at Jones' church spreads far beyond the church pews.

He made his own promise to change things here for the better.

Back in the mid-90s, Jones was almost eaten alive by these streets.

Amid a flurry of bad influences growing up in the Southeast, Jones turned to selling pot. He even landed in jail for a night on a driving violation.

Then, he heard his calling: winning souls and transforming the neighborhood.

He and his wife Jacqueline founded Ship of Zion Church in 2001, amid 30 blocks that's largely black and largely under the poverty line.

But turning things around there requires more than an enthralling Sunday sermon.

Jones' flock is rebuilding the community with missions like The Galley on Bragg Street -- building the neighborhood grocery store right in the middle of a food desert, where supermarkets are inaccessible to many.

Residents can buy all the staples: bread, milk, fresh fruits and vegetables at a fraction of the price.

Next door, the church constructed a fitness center.

"This is The Shipyard. It's a gathering place where people come together. "

There's weightlifting and free workouts for anyone who wants to use it.

It's becoming the pride of the community.

But what Pastor Jones calls the crown jewel of his outreach ministry is The Bread of Life -- a food warehouse that is feeding 4,000 families a month, all over the city and outside too.

Some of the food goes as far as Wake Forest.

"It's all about helping people," he said. "I could just exist in the world, but if I help people that's the difference."

Much of Ship of Zion's outreach work was made possible by partnerships with Raleigh's Hope Community Church and First Assembly Church.