Rough and Rowdy in Fayetteville: Some fight for redemption, others worry for safety

WTVD
By Morgan Norwood
FAYETTEVILLE, N.C. (WTVD) -- Some call the "Rough and Rowdy" event controversial. Others told ABC11 that it is a real outlet for them.

The off-street fighting contest features the area's roughest street fighters, bikers, bouncers and even military servicemen, but critics are troubled by safety concerns.

One fighter told ABC11 that he's fighting for the right reasons.

Travis Stokley is one of the dozens of fighters getting ready for Friday's "Rough and Rowdy Brawl" in Fayetteville. The event is just how it sounds. The Rough N Rowdy Facebook page is littered with fight videos, trolling, trash talk, and promises of a knockout ahead of a big night of boxing.

Stokley said he doesn't let such antics get to him.

"If you make fun of me and everything, I get to redeem myself. I get to go in there and fight this dude and knock him out," Stokley said.

The off-street brawl has become one of the most controversial fighting events in the country.

An attorney for the family of Willie Pedersen has filed a wrongful-death lawsuit against Barstool Sports, which runs the Rough and Rowdy Brawl.

Pedersen was an Army veteran who died in 2017. The family's attorney told ABC11 that Pedersen died from injuries sustained during a Rough and Rowdy event.

The lawsuit, which was filed in 2018, is still pending.

"I don't even know that they have any safety health checks on these people so hopefully no one gets hurt," said former paratrooper Thomas Smith.

Stokley didn't disagree entirely. He said amateur fighters need to be aware of the risks.

"The UFC fighters train on how to get knocked out. They train constantly so your body recovers quickly, If you're an amateur and never been in a fight, your brain doesn't know how to take that damage," Stokley said.

The former Marine said he isn't fighting to end a life, but rather to start a new one.

"I was drinking and doing drugs and everything and I took a halt on that, and that's been a struggle," Stokley said.

Friday's event is branded "Red, White and Bruised." Stokley already has a few bruises of his own, but win or lose, doesn't mind picking up a few more battle scars.

"If it happens, at least I was in there giving it my best shot," he said.

ABC11 reached out to Barstool Sports and its promoters to learn more about their safety protocols. Our calls and emails weren't returned in time for our deadline.

Fort Bragg told ABC11 that it is not affiliated with nor does it endorse the Rough and Rowdy events.

"The Army and Fort Bragg does not sponsor or endorse the Barstool Rough and Rowdy fight event, nor approve Service Member participation in this event, scheduled for 19 July 2019 at the Crown Complex in Fayetteville, NC," Fort Bragg said in a statement. "Service Member participation in this event may be considered outside the line or scope of their military duty. The determination a Service Member's injuries occurred as the result of participation in an activity considered outside the line or scope of military duty may result in the Service Member's loss of pay and allowances and forfeiture of disability compensation among other things."
Report a correction or typo
Related topics:
community & eventsfayettevillefightbrawlfayetteville news
Copyright © 2020 WTVD-TV. All Rights Reserved.
More Videos
From CNN Newsource affiliates
TOP STORIES 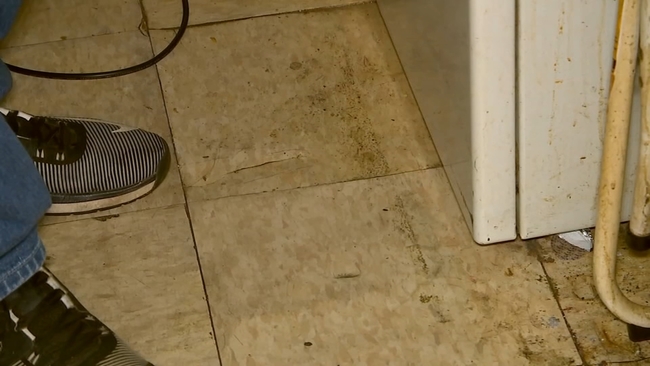