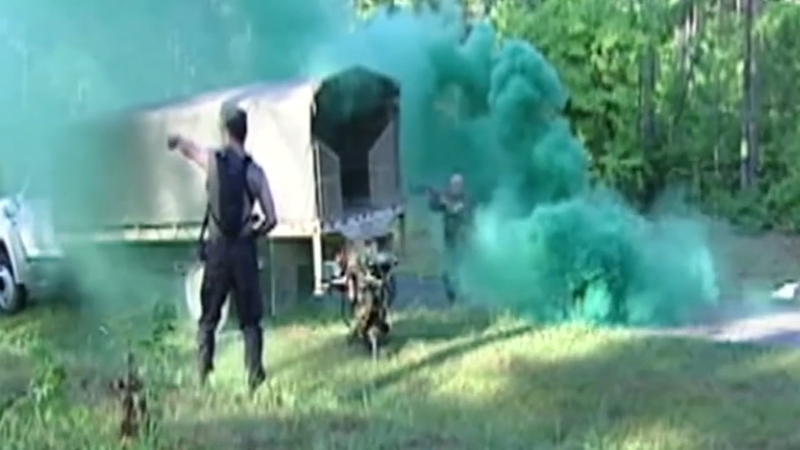 Residents across North Carolina can expect to see some military exercises happening in their counties in the near future.

The special warfare exercise, known as "Robin Sage," is considered the largest military training in the world and started in 1952.

This unconventional warfare exercise is a culmination of everything aspiring Green Berets have learned in their special forces qualification course.

During a series of exercises, they will work alongside a local resistance guerrilla group, made up of soldiers from Fort Bragg, to combat and fight the enemy.

"They've got to work together as a team for the mission that they've been trained to do, which is unconventional warfare," Farris said.

Some of the counties that will see exercises include: Cumberland, Lee, Chatham, Harnett, Hoke, and Moore counties.

Farris says local law enforcement and residents have been notified of the exercises and some can expect to hear simulated gunfire and explosions.

Fort Bragg officials told ABC11 the exercises will be from August 30 to September 12.

Many of the volunteers have been offering their time and property for decades. Farris says thousands of civilians participate and bring a "realism" to the yearly event.

Officials are also aware that the noise still may alarm residents throughout the state.

"We do recognize that it is, it can be a nuisance, right? Loud noises going off in the middle of the night, especially with the things going on in the world today can scare people" Farris said.

It's a disturbance that some Raleigh residents know all too well.

Back in March, an unrelated military exercise was more noise than a Brentwood neighborhood could handle.

Farris said students, soldiers, and vehicles will have a "Robin Sage" label.