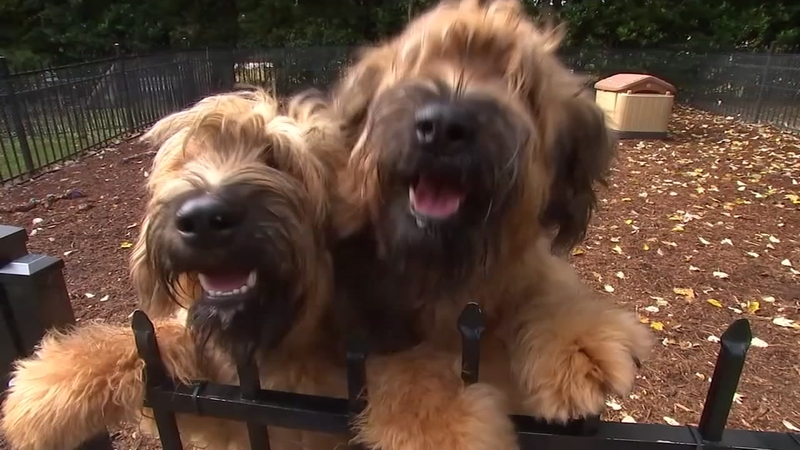 "We need to understand exactly how many customers he's had, how many of them complained, how much did he charge each customer and how much money does he have today to refund those who are entitled to get their money back," explained Stein during a phone interview with ABC11 Wednesday afternoon.

Ry-Con was owned by Mark Mathis, who ABC11 first profiled in November 2016.

At the time, he told ABC11 that he started training herding dogs called Briards when his son was diagnosed with autism nearly a decade ago. He also noted he'd placed 66 dogs with families.

"With my own son, seeing him come out of his shell, seeing him talk more, interact more, literally being in a better mood -- it was an overnight quality of life change," Mathis told ABC11.

But customers are now painting a far different story, alleging the dogs were untrained and aggressive while adding Mathis refused to issue refunds.

"There really aren't a whole lot that specialize in training service dogs for children on the spectrum," said Rachel Cummings, who found Ry-Con when looking for a dog for her daughter online.

Her daughter Sobie, now 11-years old, is on the autism spectrum.

Cummings said the family traveled hours to meet with Okami, even spending time in hotels so Sobie could have more time to adjust to her new service dog. They were able to take in Okami home in May 2018 after she graduated from Ry-Con, but said problems began immediately.

"She wasn't consistent with sitting down, laying down as she's supposed to but we were told it would come with time with our practice," Cummings explained.

It eventually escalated when they said Okami attacked their other dog, Dallas and tried to attack another dog at a pet supply store.

After just a few days, they returned Okami to Ry-Con, asking for a refund on their nearly $14,000 investment. Instead, they said Mathis blamed the family for a lack of experience in dog-handling and told them they would not be getting their money back because they had surrendered the animal.

Cummings said the experience has left Sobie with PTSD and anxiety, which has cost more money to treat. "We were spending over $1000 out of pocket on therapies, medications and treatments since this event took place to try to undo some of the damage that had been done at the hand of Ry-Con and Mark Mathis' negligence," Cummings said.

"We want to make sure that the harm that has hit these families who are desperately trying to take care of their kids never happens," explained Stein, who noted an investigation could last a few months.

The complaints have come from families both in and outside the state.