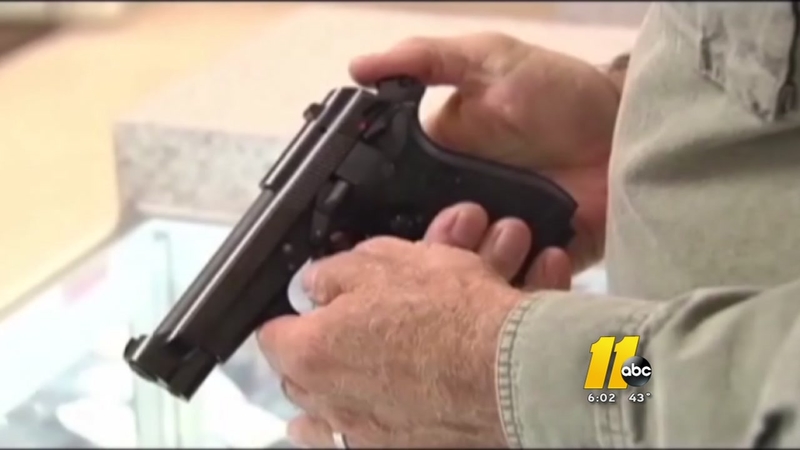 RALEIGH, North Carolina (WTVD) -- It's not the first time some gun advocates have tried to repeal North Carolina's requirement for a permit to carry a concealed handgun but proponents say now may be the bill's best chance of passage.

Echoing the theme of President Donald Trump's campaign that America is rife with crime and citizens are scared, Josette Chmiel, a spokeswoman for Grass Roots North Carolina, says, "People are feeling the need more so today than ever to take care of their own personal safety."

"There's expenses that are involved in that," Chmiel told ABC11. She added, "And if you're in that class, then you are not in a position that you can purchase a firearm to protect yourself. How is that fair?"

Opponents of House Bill 69 introduced in the legislature this week say that's a smokescreen.

They say repealing the conceal/carry permit will put everyone in danger.

Becky Ceartas, Executive Director of North Carolinians Against Gun Violence says, "It does away with all training. So one could carry a hidden loaded gun in public with absolutely no classroom training and no live fire training. This puts the public in danger, law enforcement officials in danger."

And although supporters of HB 69 are calling it the "Constitutional Carry" Bill, Ceartas says the permit process is respectful of the Constitution.

"We don't feel this harms the second amendment in any way. We've had this permitting system in place. People are still allowed to carry guns both openly and concealed," Ceartas told ABC11.

And proponents of HB 69 say the fact that anyone on the streets of our state can openly carry a firearm without a permit begs the question of why you should have to have a permit to conceal one.

Whether or not such polls influence the majority at the legislature remains to be seen.