NC at center of debate over concealed handguns 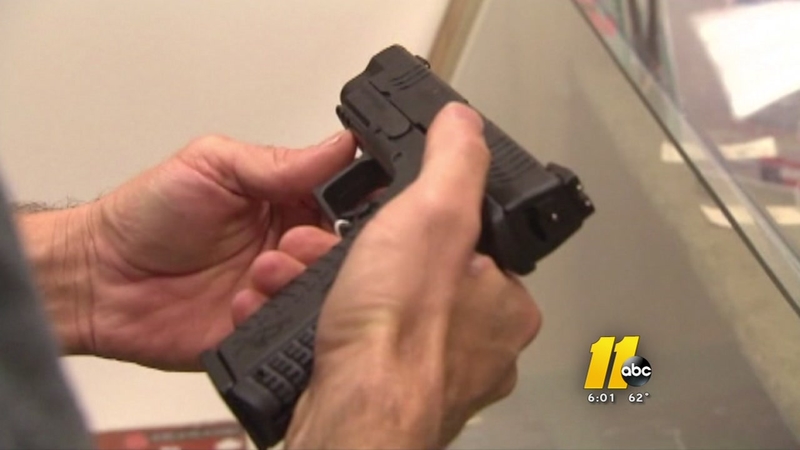 RALEIGH, North Carolina (WTVD) -- Assunta Wallace is a wife and mother from north Raleigh who says she is not anti-gun.

After all, her husband owns firearms and even has a permit to conceal and carry handguns.

So allowing gun owners with permits from other states to conceal and carry here isn't an issue for her.

"I think the reciprocity is fine," she told ABC11.

But when we told her about the legislation in Congress sponsored by US Rep. Richard Hudson, R-NC, that would allow reciprocity even for gun owners from the 12 states that don't require a conceal and carry permit, she wasn't fine.

"In the event there are states who do not require any type of accountability for purchasing a gun and being registered as a gun holder, then I would say we don't want those states part of the reciprocity issue," she said.

So she understands why North Carolina Attorney General Josh Stein and 16 other Democratic attorneys general have qualms about the legislation.

A member of a group that promotes gun rights sees it very differently.

Patrick noted that North Carolina already has a state law on reciprocity saying, "As of 2011, we accept any permit from any state that issues a permit. So there's really no issue here."

Apparently, the Attorney General disputes that.

A spokesperson for his office told ABC11 earlier this week that his opposition to the legislation pending in Congress is because of the 12 states that don't require permits.

But Grass Roots North Carolina said all but one of those states will give residents paperwork they can use to conceal and carry handguns here.

Wake County Sheriff Donnie Harrison, who is in charge of handing out conceal and carry permits in Wake County was surprised by that interpretation.

"If they're just going to issue a piece of paper knowing that they don't have training, to me that's wrong," Harrison said.

So even though he's a Republican, this time around Harrison agrees with Stein.

"My job is to keep people safe," Harrison said, and he added, "I'm not against guns. I just think there should be some type training and documented training."

Patrick scoffed at that notion saying, "There's a difference between state's mandatory training and actually being trained. What we've found in data in practice over decades is there's no impact on public safety."

The sheriff conceded he can't document any past problems with a gun carried by someone without a government certificate.

But he said that doesn't mean it can't happen.