Wake Forest Christmas Parade still on, will include pro-Confederacy groups 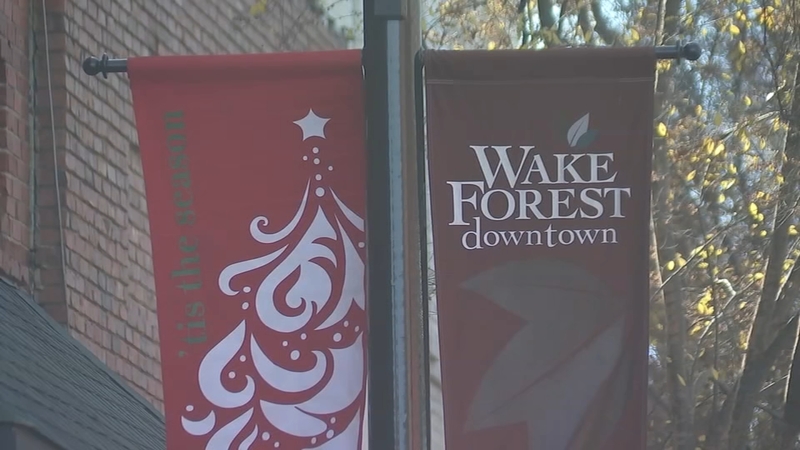 WAKE FOREST, N.C. (WTVD) -- Just hours after the town of Garner announced it was cancelling its Christmas parade, the town of Wake Forest released a statement noting its parade is still on, and will include the Sons & Daughters of Confederate Veterans.

In the statement, the town notes that the parade is officially presented by Wake Forest Downtown, Inc., a 501 (c)(3) organization.

"Make no mistake about it - the Town of Wake Forest is extremely sensitive to the emotion the confederate flag stirs among those on both sides of this issue. We recognize that for some the flag represents racism, hatred and bigotry, while others see it as a representation of Southern heritage protected as a matter of freedom of speech/freedom of expression.

Due to the considerable local and national debate this issue has stirred in recent years, Town officials consulted with legal counsel in 2018 concerning the Town's options when it comes to the possible exclusion of certain groups from the parade. We were told in no uncertain terms that as the government entity partnering with WFD in the facilitation of the parade that we have no legal basis for excluding any group based on the flag or symbol they display. Furthermore, there have been court cases where groups that were excluded successfully sued the entities that banned them."

"I think Wake Forest is doing the right thing. I think people have become too sensitive these days. History is history. You can't rewrite history," said one man, who declined to give his name, citing the sensitivity of the issue.

"It's supposed to be a free country. We can choose to be here, we can choose not to be. You know, it's a personal decision whether we come or don't come," added Ray Wall, who supports the town's decision to continue the parade.

Off-camera, the reaction was mixed, with many saying they did not care one way or another.

A Wake Forest town spokesperson said they were unaware of any such threats targeting the Wake Forest Christmas Parade.