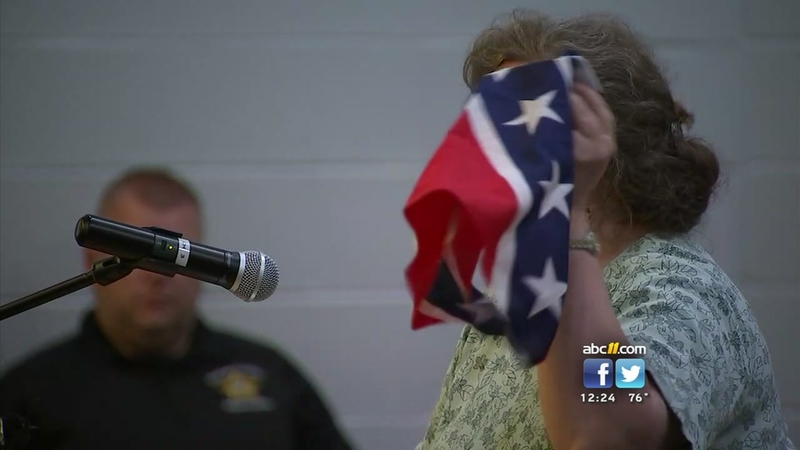 In a dramatic meeting Monday night, Orange County school board members voted against their attorney's recommendation and approved an altered revision to the school system's dress code policy to combat concerns about the Confederate flag on campuses.

After 7 months of hearings and protests amid complaints that some students were wearing symbols of the Confederacy to harass or intimidate classmates, Monday's vote sought to bring an end to the heated debate.

A surprising turn came when members moved to vote on the revised policy which read, "Students are not to wear clothing, buttons, patches, jewelry, or any other items with words, phrases, symbols, pictures or signs that are indecent, profane, or racially intimidating that create a reasonable forecast of disruption."

The board's attorney advised members the last line about "a reasonable forecast of disruption" was necessary to insulate the district from claims that it was violating student's free speech rights. But critics, who were arguing for an outright ban on the Confederate flag, insisted that leaving it up to school principals to decide what constitutes a disruption was too vague.

"Likely to cause a disruption or reasonable forecast of disruption, that doesn't make sense, because that's essentially the policy we have now," Parent Tracey Sewell told the board.

The school board split 3-3 on the vote with member Brenda Stephens as the leading voice to change the language in the revised policy.

"I just have a little discomfort with that I would like that period after intimidating."

Board Chairman Dr. Stephen Halkiotis moved to strike out the language about disruptions. The new policy passed without opposition. There were cheers from the audience gathered inside the A.L. Stanback Middle School auditorium.

The Hate-Free Coalition, the leading advocates for a ban, called the vote a victory despite no specific ban on the confederate flag.

"It was a win to me," said Latarndra Strong, a parent leader of the coalition. "Tonight we've shown that when a community stands up and speaks for the people we can get change and be the type of school system we want to be."