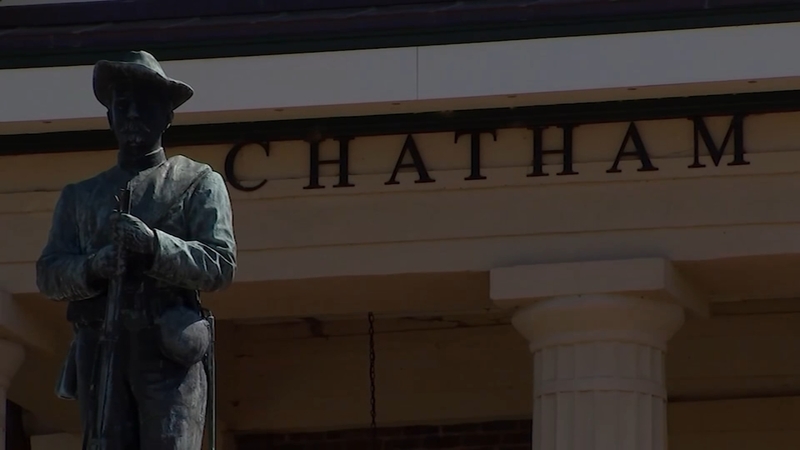 PITTSBORO, N.C. (WTVD) -- Three people were arrested Saturday afternoon during the protest of a highly-contested Confederate Memorial in downtown Pittsboro.

Chatham County Sheriff's office said around 10 a.m., protestors and counter-protestors began to assemble on the sides of East Street near the Historic Courthouse, staying the bulk of the day before dispersing around 5 p.m.

Just after 2 p.m., deputies said there were 30 protestors and or counter-protestors in the area. 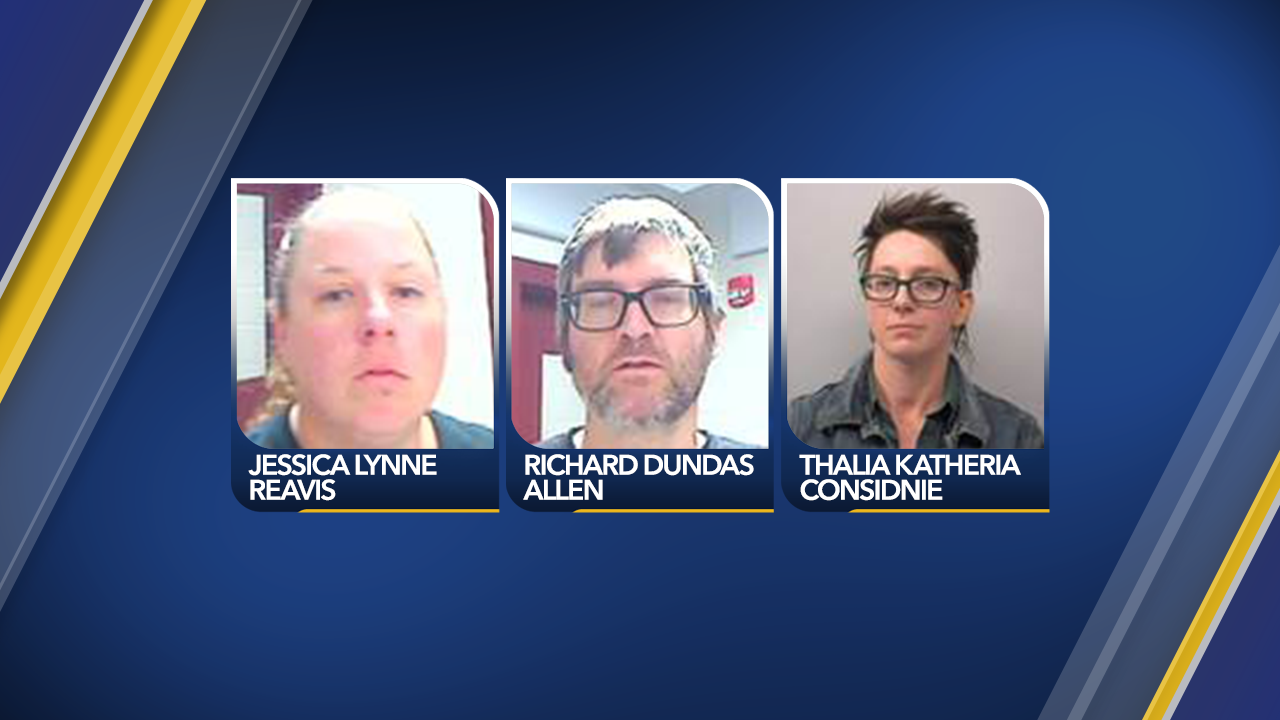 In August, the Chatham County Board of Commissioners voted 4-1 to remove the Confederate Statue from in front of the Chatham County Historic Courthouse and tasked the United Daughters of the Confederacy (UDC) with submitting a plan to by October 1 to do so. However, a county spokesperson told ABC11 that UDC did not submit a plan, and both sides legal representatives are currently discussing the matter. When they announced their decision in August, the Board of Commissioners had set a November 1 deadline to remove the statue from the property.

"Pittsboro didn't have an issue with monuments until the last year and a half and there is a lot division in this county it wasn't there before," said Robin Whittington, who protested the statue's planned removal.

"Seeing them standing over there ... I was worried that people driving thru Pittsboro would think that represented us, and that does not represent Pittsboro. Pittsboro is a good town," said David Freeman, a counter-protestor.

Despite the Board's vote, there has been debate whether the UDC gifted the statue to the county, which would make it public. If so, it would be protected under a 2015 law which limits the removal and alteration of monuments on public property. The statue has been in place since 1907.
Report a correction or typo
Related topics:
pittsborochatham countyarrestprotestchatham county newspoliticsconfederate monumentconfederacy
Copyright © 2022 WTVD-TV. All Rights Reserved.
TOP STORIES
Smith, Raanta, Hurricanes top Rangers for 2-0 series lead
Canes fans pile into PNC for Game 2 despite COVID resurgence
Parents share mixed reactions over plans for boosters for children
Fayetteville PD on track to full staffing; what about Durham, Raleigh?
Mail delays blamed on dog, owner claims case of mistaken identity
Body found on the bank of the Tar River in Edgecombe County
Wake Schools bus driver charged with driving bus while impaired
Show More
'Thrilled to death': Princeton man wins Cash 5 jackpot
Raleigh breaks heat record set in 1938
Raleigh resident from Buffalo, NY weary one week after massacre
Judge: COVID-19 asylum restrictions must continue on US-Mexico border
A motorcycle's unforgettable ride back home
More TOP STORIES News