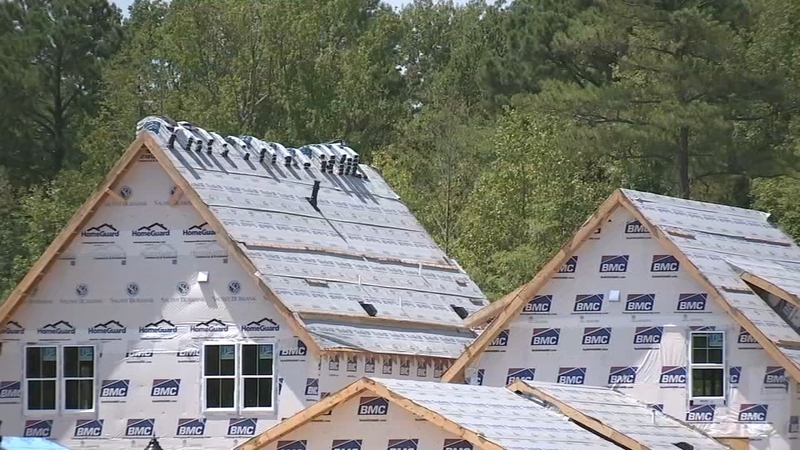 DURHAM, N.C. (WTVD) -- The Durham County Sheriff's Office is now asking the public for information about a suspicious person who construction workers say threatened them with a rifle while they were working this week.

Investigators said he was first seen Wednesday in the late afternoon at the construction site on Highway 751 between Fayetteville Road and Stagecoach Road.

According to a sheriff's office spokesperson, witnesses said the man exited a grey sedan carrying what appeared to be a rifle.

One worker told ABC11 that he and two other men were working on the roof of a house when the man pointed the rifle at them.

Jose Flores said they yelled at the man and he took off.

"I felt in my heart that he was going to take our lives," he said.

He said they feel targeted because they're Latino.

"El Paso, Texas was probably what provoked this," the roofing manager, Daisy Reyes, told ABC11. "Somebody probably says, 'hey this guy's doing it.' Probably finds it easy to do too."

The man was 6 feet tall, clean-cut, with blond hair and wearing a black shirt with a white emblem and cargo pants, according to witnesses.

Thursday, witnesses told investigators that a vehicle similar to the one belonging to the suspicious man was spotted again at the site.

A spokesperson for the developer of the site said that investigators determined that car belonged to a worker of a paving company in the area and that the man did not fit the description of the suspicious person.