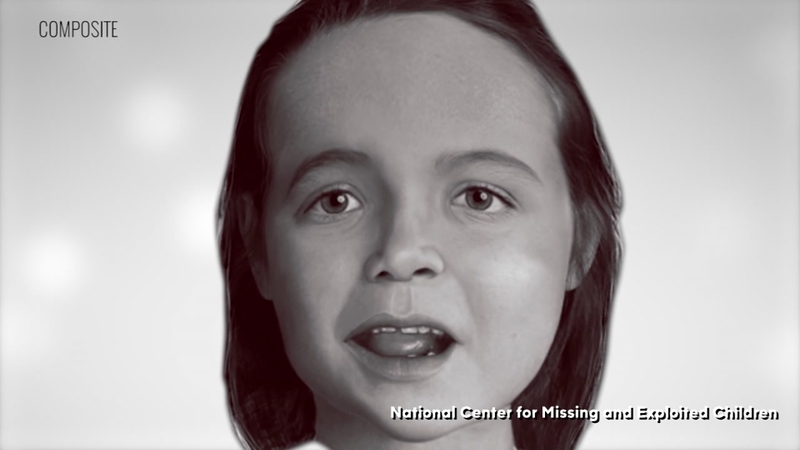 MADISONVILLE, Texas -- It's been three years since the grim discovery was made along I-45 near Madisonville, Texas: The body of a girl stuffed in a black suitcase, along with a diaper and a pink dress that said "Follow Your Dreams."

The Madison County Sheriff's Office and the National Center for Missing & Exploited Children have released images of facial reconstruction of a girl found dead on Sept. 17, 2016.

The sheriff's office says the person who found her body was mowing grass near a fence about 40 feet from the edge of an I-45 feeder road. The area is about 85 miles northwest of Houston.

While the girl was found in Texas, a pollen analysis completed on her remains suggests she was from the southwest U.S. or the adjacent region in Mexico. It's even more likely she was from southeast Arizona.

The girl's remains were found in a white plastic garbage bag inside the suitcase. She was between 2 and 6 years old, Caucasian or Hispanic, with dark hair, according to the center. She was found wearing a pink dress, a size 4 disposable diaper and two socks.
The dress is a size 4T Mon Petit-brand garment decorated with flowers, butterflies and the phrase "Follow Your Dreams."

The girl was also found with a feeding tube. She likely had a condition called micrognathia, which would have affected her ability to eat on her own. She also would have likely needed professional medical care throughout her life.

Using a CT scan of her skull, forensic artists at the National Center for Missing & Exploited Children created the facial reconstruction.

Sheriff Travis Neeley said the container had most likely been dumped several months prior to its discovery. The Madison County Sheriff's Office has ruled the death a homicide.