Why Carrboro restaurant Coronato Pizza took alcohol off the menu 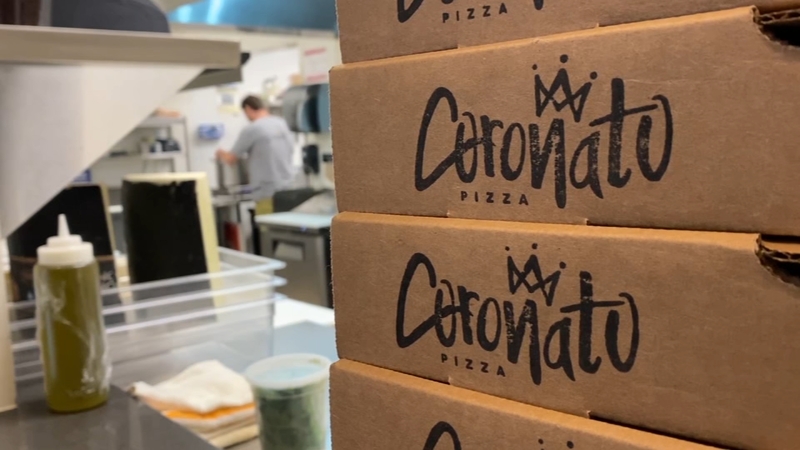 Why a Carrboro restaurant took alcohol off the menu

CARRBORO, N.C. (WTVD) -- When Teddy Diggs opened Coronato Pizza, he was setting out to offer authentic Roman fare after taking countless trips to Italy. He's trying now to open people's eyes, not only through what's on their plate, but also in their glass.

Diggs is taking alcohol off the menu.

Customers can still order a specialty beverage but it will be served san spirits.

“It was certainly a risk.” A Triangle restaurant is going sober and wiping alcoholic drinks off the menu. Owner of Coronato’s Pizza, who’s been sober for years, looking to live a more authentically and creating an environment where all feel comfortable dining. #ABC11 pic.twitter.com/6jQyvo6YlF

"We've had people who have been upset and not really understanding it, and that's OK. I wouldn't have understood it at previous points in my life either," Diggs said.

The decision is certainly risky for a restaurateur -- especially during these uncertain times. Diggs' choice was two-fold.

Many of the mocktails he's making feature local products.

He's supporting other small-business owners and hoping to introduce customers to area offerings.

Diggs also has reached the point where he feels comfortable being honest with his guests.

"I am sober for over a few years now, and it was a big decision, an important decision in my life, one that I'm very passionate about and proud of," said Diggs.

He's living a more authentic life and getting rid of temptations for himself, as well as employees.

Diggs says some of his staffers have begun walking the path of sobriety while working at the restaurant.

"Our industry is known for a lot of challenges, especially substance abuse," he said. "You shouldn't have to feel, if you have mental challenges or personal challenges, that you're putting yourself in an environment where you're overworked, and constantly around vices that you can turn to numb the senses."

He says he is starting to see a shift in attitudes as his menu goes sober.

"What I want, and what we're getting more of is people willing to give everything a try.," Diggs said. "So instead of just writing it off and saying 'no alcohol, no thank you, we won't be coming back,' which some guests have done, we're having more people saying 'let's give it a try, what do you have to offer?' and we're putting a lot of effort and energy into all of the offerings we do provide right now."
Report a correction or typo
Related topics:
food & drinkcarrboroorange countysmall businessaddictionpizzarestaurantalcohol
Copyright © 2022 WTVD-TV. All Rights Reserved.
TOP STORIES
Residents regroup after wild storms cause damage across the region
Durham police investigate fatal shooting, crash along NC 55
'We sinned': Southern Baptist leaders react to report on sexual abuse
Congresswoman announces $3M for strollway between Chavis, Dix parks
Johnny Depp, Amber Heard trial: Kate Moss expected to testify
NFL QB Dwayne Haskins legally drunk when he was hit, autopsy shows
Duke pediatrician warns about baby formula shortage impact
Show More
Homeless veterans get an assist from Durham's Rotary Club
Truck slams into NC woman's new home
Supreme Court ruling results in 'tragic loss' for death row inmates
Shelf cloud seen in Raleigh ahead of line of storms
New NC flood monitoring system ready for next big storm
More TOP STORIES News