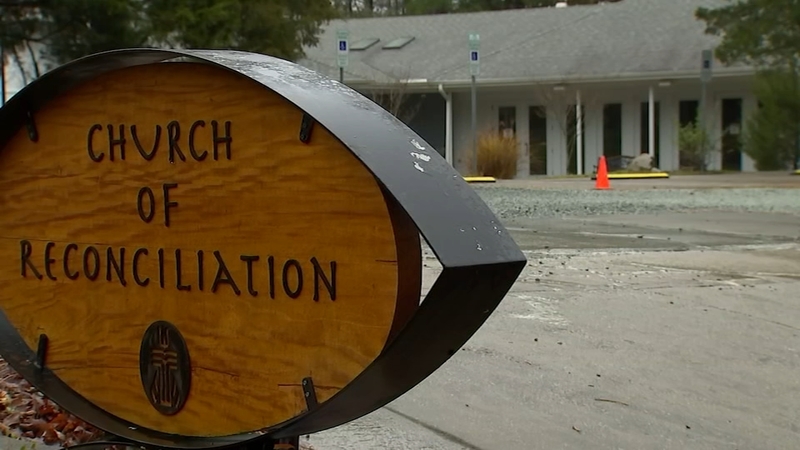 Churches finding new ways to connect with parishioners during pandemic

As they have for the past several months, churches across the Triangles are altering their services once again due to the pandemic.

"We always look forward to that when we're in the space, and sharing that space together. And there's usually a meal and great celebration of people greeting one another and giving Christmas cards and gifts of love. But this time we made the adjustment for the safety of the congregation," said Dr. Dumas A. Harshaw, Jr., the pastor of First Baptist Church in downtown Raleigh.

The church, founded in 1812, held a virtual White Christmas event this past weekend.

"Just kind of organizing different people to read scripture as part of the service. Someone to do the Nativity screen on their screen in their home. So we're going to try to incorporate as many people as possible," said Villegas.

The totality of months of online efforts have been difficult for both congregants and church officials.

"I mean this has been an exhausting time to move all of our work, all of our pastoral lives, all of our congregational care to an online medium. They didn't teach us how to do this in seminary. At least not in my seminary," joked Villegas.

While they've found a pattern ten months in, there are limitations to virtual gatherings.

"Regularly when someone shows up, you can kind of read someone's body language, let's say and know that you should check in with them. It's hard to do that on screen, in a little square," said Villegas.

Even in observance practices, especially for Christmas Eve, the lack of physical togetherness is noticeable.

"We believe that we're called to be present to one another. To show God's care, God's love to each other with our lives. And that's just so hard to do right now as we're separated, especially with this service," said Villegas.

"They really suffer the most particularly if all they have is a landline, and so they don't get the e-mails, they don't get the newsletter. They may not be able to tune into zoom if they don't have computers, and those things are extremely difficult," said Harshaw.

First Baptist Church holds a conference call for prayer and bible study on Monday's and Thursday's, respectfully, and stream bible studies on Facebook and YouTube on Wednesday's.

In an effort to connect with those members, Harshaw says other congregants and church staffers reach out and ensure their needs are being met.

Both pastors agree that despite the logistical challenges, switching to virtual services is the right decision in an effort to protect congregants, especially as North Carolina is seeing record-breaking case numbers this month. They're hopeful the roll-out of the vaccine to the public will eventually allow them to gather again. Local officials are working hard to enhance trust in the vaccine, particularly amongst minority communities.

"It's a long, entrenched problem of trust for very good reasons in terms of African-Americans having access and then can they trust what they're being given, etc. But it's vital and so important for people who are in the scientific and health communities to convey to our people that this is safe. It's for their well-being. And as I have said to family members, cautiously yes (I will take the vaccine), we are seeking to take advantage of the vaccine as soon as it is available. And this is what I would share with anyone in the congregation, because we're talking about life and death. If this is an opportunity for life, then I'm going to stress that," said Harshaw.

"I'm also part of a group of other clergy, pastor, religious leaders and multi-racial group, and we've all just committed that we want to leave by example. So when we get (our opportunity to be vaccinated), we're going to make sure to put that on social media, tell our churches about it, just to spread the word that this is important for all of our safety, for all o four health," added Villegas.