Man dies in crash on Glenwood Avenue in Raleigh 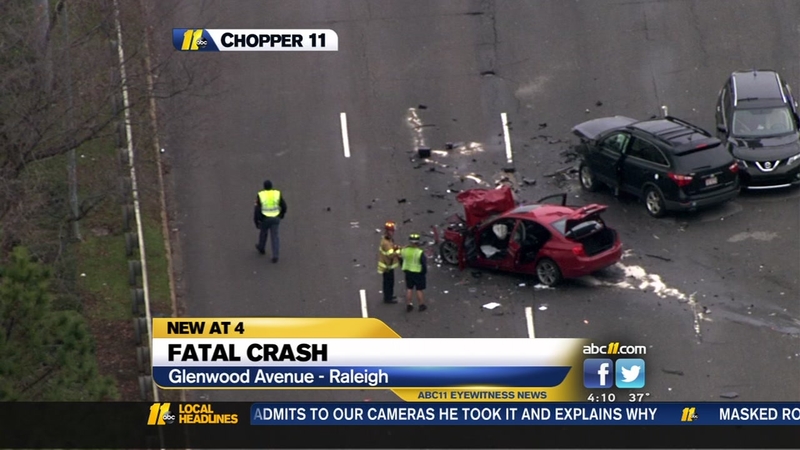 RALEIGH (WTVD) -- A man died in a multi-vehicle crash on Glenwood Avenue near I-440 and Crabtree Valley Mall.

Police said the man who died, Kagney Ray, 31, of Raleigh was driving westbound on Glenwood Avenue when he crossed a concrete median and hit a vehicle head-on being driven by Yuun Jeong, 45, of Raleigh.

Jeong spun and collided with the third vehicle being driven by Kiran Desai, 69, of Raleigh.

Ray is suspected of being under the influence of drugs and lost consciousness, according to a wreck report from Raleigh police. He was wearing a seatbelt.

Officers said the crash happened around 11:20 a.m. There were no other life-threatening injuries, according to police.