One man charged in connection to Crabtree Valley Mall shooting 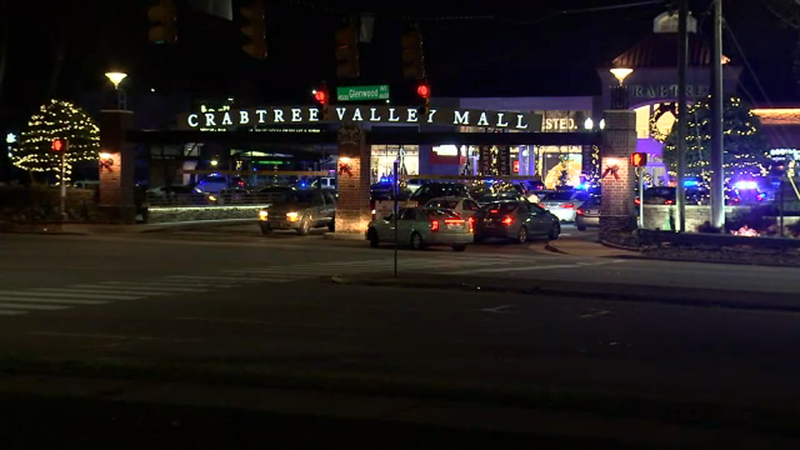 One man charged for role in Crabtree Valley Mall shooting

RALEIGH, N.C. (WTVD) -- A 21-year-old man is charged for his alleged role in the shooting earlier this month at Crabtree Valley Mall that caused panic and confusion minutes before closing.

Brandon Shamaar Bumpass, 21, has been charged with felony inciting to riot, felony conspiracy -- assault with a deadly weapon with intent to kill inflicting serious injury and simple affray.

Police did not elaborate on the allegations against Bumpass.

The shooting happened on December 17 after a fight broke out between two people on the first floor of the mall's main lobby near the LEGO store. During the fight, one of the suspects opened fire and the other shot back.

Police said they believe one of the shooting suspects was injured after investigators found a blood trail nearby; no bystanders were hurt. Investigators also found seven shell casings at the scene.

Raleigh police previously released photos of four men who were being sought in connection with the shooting and were asking for the public's help in identifying them.

In a 911 recording, a caller said "they shot about five or six times" and that "several boys ran out into the parking deck near Kanki" after the shooting. In another call, a person mentioned hearing five shots fired outside a store on the bottom floor. That person barricaded themselves in a stockroom.