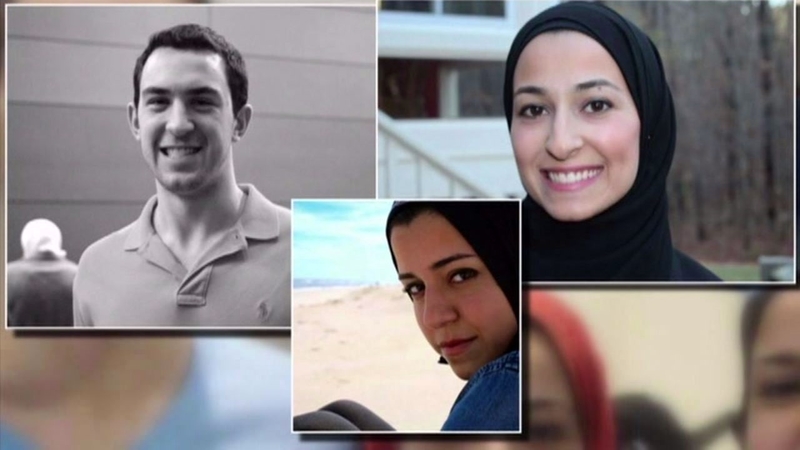 DURHAM, N.C. (WTVD) -- The man accused of killing three Muslim students in Chapel Hill four years ago is expected to enter a plea next week.

Craig Stephen Hicks is expected to enter the plea in court next Wednesday, according to the district attorney's office.

His trial was scheduled to begin in July.


Durham County District Attorney Satana Deberry said in April that she would not be pursuing the death penalty against the 50-year-old suspect.

Dr. Mohammad Abu-Salha, father of two of the students, told ABC11 in April that he wanted the maximum punishment for Hicks.

"We're not finding any relief or reward in anybody dying, but visceral reaction any parent can have to losing three children to murder would be seeking the maximum punishment they can," he said. "But we respect that Ms. Deberry has her principle stance on capital punishment."

"Nobody will ever be emotionally ready to sit down and watch a trial of the murder of their children," said Dr. Abu-Salha. "We owe our society at large to do our best to have justice served. And that will happen."
Report a correction or typo
Related topics:
durhamchapel hill newsfatal shootingmuslimsracism
Copyright © 2022 WTVD-TV. All Rights Reserved.
FATAL SHOOTING
Family of murder victim hopes billboard leads to arrest in case
Police ID man killed in double shooting in downtown Raleigh
Alec Baldwin turns over cell phone in 'Rust' shooting investigation
1 killed, 1 injured in downtown Raleigh shooting
TOP STORIES
Snow falling in some areas, expected to last until sunrise
New study highlights where you are most likely to catch COVID-19
NC man denied life-saving kidney transplant over vaccination status
Widow delivers heart-wrenching eulogy for NYPD detective
In wake of Pittsburgh bridge collapse, how safe are NC's bridges?
Restaurants, battered by wintry weather, hope business stays brisk
News & Observer: There are 54,000 possible Cook Out combos
Show More
Cooper vetoes bill that would push NC primary to June 7
How many times can I reuse my N95 mask?
10 injured in PA bridge collapse; human chain formed to help
Decades after TV anchor disappears, convicted rapist denies connection
LATEST: Breakthrough cases make up 37% of new COVID infections
More TOP STORIES News