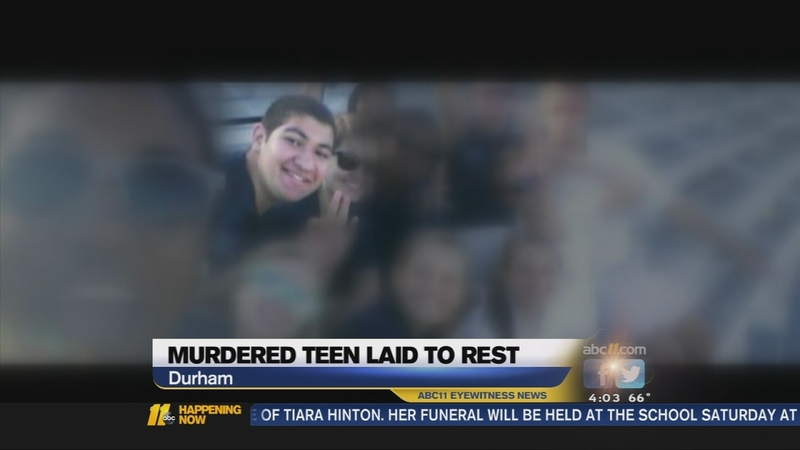 It's the way his friends want to remember him: loving life, having fun and smiling.

"If you didn't say hi to him, he'd definitely say hi to you," recalls Zack Brendle, Razai's friend. "He'd shake your hand, ask you how your day was. He was always smiling."

But, that all changed when the teen and his father went to Pebblestone Drive in Durham on Tuesday evening to buy a cellphone advertised on Craigslist.

Police say the two struggled, but Razai was no match for the gun his assailant was carrying.

An eyewitness called 9-1-1 while encouraging the teen, who was suffering from a gunshot wound to the chest, to stay awake until paramedics arrived. He would later succumb to his injuries at a local hospital.

"It didn't make any sense at all," Jeffreys added. "It could've been prevented."

There are questions surrounding Hood's criminal record. He was on probation in connection with another shooting in Durham last year.

"I wish something could've been done. Maybe kept him on better watch, kept him from having a gun," said Brendle, saying he was surprised Hood was not in jail.

"Our initial review of this case shows Hood appears to have been reporting as required, up until this incident, and the officer appears to have supervised the case in accordance with policy," wrote spokesperson Keith Acree in an e-mail.

"As you know, probationers are not with an officer 24/7 -- most are seen monthly - so it's impossible to monitor and control behavior at every moment," Acree added.

The murder has Durham Police issuing a public warning about so-called "appointment robberies" that start as online purchases.

"This is not just a Durham thing, this is a nationwide thing," said Chief Ed Sarvis. "You've got to remember you've got no idea who you're about to make a transaction with."

Sarvis recommends making exchanges during daylight hours in public places like shopping centers or even the parking lot of the police department. They are safety tips that may or may not have prevented Razai's shooting death. His funeral was held on Thursday in Raleigh.

Razai was enrolled at Wake Tech Community College. His friends say he had dreams of becoming a sportscaster.

"Jawad is in a better place now," said Jeffreys. "I'll never forget him. He'll always be in my heart, a member of the Leesville family."