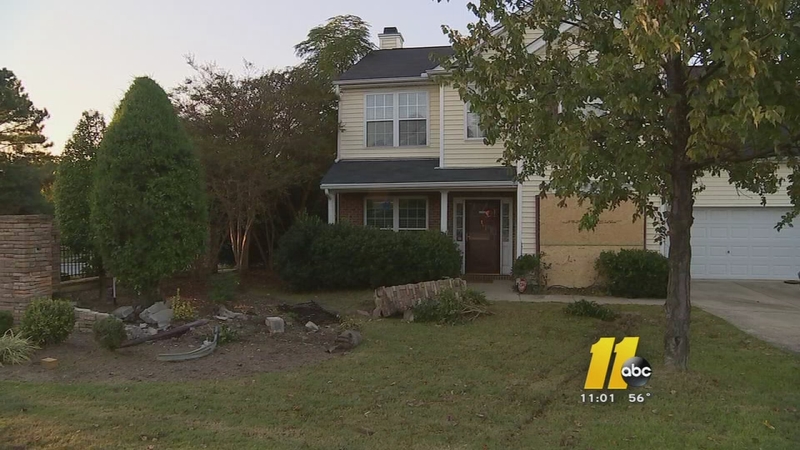 A driver was killed early Sunday morning after crashing into a Raleigh house.

It happened shortly after 12:30 a.m. at the intersection of North New Hope Road and Fawn Glen Drive.

Police said the driver, 22-year-old Yoni Jose Bonilla-Turcios, lost control of his 1996 Honda sedan, ran off the road and struck a brick pillar that was part of a subdivision entrance sign before hitting the house.

Bonilla-Turcios was taken to WakeMed, where he later died.

Further details surrounding the incident have not been released but the owner of the home is speaking out.

As neighbors drove by the home on the corner of New Hope Road and Fawn Glen Drive they were shocked to see what has become such a familiar sight.

Carlo Bernarte owns the home and said his house has been crashed into now five times since 2007.

"I hate to say this, but I could compare this to like school shootings. You don't know when it will happen next," said Bernarte.

In 2007 a car crashed onto his property. Three people in that car died. In 2008 another car plowed into Bernarte's home. When that happened, the City of Raleigh put up 35 mph reflective chevron signs along the curve. That seemed to work until another car crashed into the Bernarte family home in 2013, 2014, and now 2015.

In these emails, Bernarte asked Watson about the option of extending the guardrail on New Hope Road to the Fawn Glen Drive intersection. In an email from January, Bernarte was told that could not happen due to regulations or without creating other safety issues. He was told other safety measures, such as improving street lights, were in the works.

"That was back in January when they emailed me, but it's already October, they haven't started building yet," said Bernarte.

Bernarte said he could move but is concerned he may not be able to sell his home. He does plan to seek legal advice to find out what steps he can take next.

Meantime, he's worried about the safety of his family. He lives with his wife and small children, ages eleven, seven, and five.

Calls and emails to city leaders from ABC11 were not immediately returned as of Sunday night.