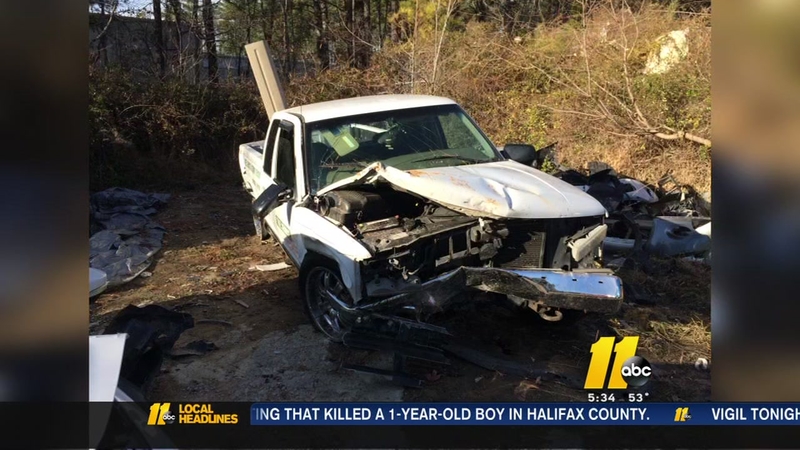 FRANKLIN COUNTY (WTVD) -- A father and son recently involved in a serious crash are calling for changes on an area road.

The wreck happened on alternative US 1 between Camille Circle and Steven Taylor Road in Youngsville.

The family said the road is dangerous, and if a guardrail had been in place, the crash wouldn't have been so damaging.

Christopher Wheeley said the accident happened last Friday after a car hit black ice, took out a sign on the road, and hit them, causing them to veer right and flip right into the ravine.

He said it was a fight to save his son's life after the accident landed his truck in a ravine - his son's leg trapped under the dash, water rising.

Wheeley's work truck was totaled. It's the tree landscaper's means of making a living.

His 17-year-old son is recovering and out for the count too - another setback for the family as he works alongside his father to help the business recover after Wheeley was diagnosed with colon cancer.

The family's medical bills are mounting, and they're asking for help via a GoFundMe page.

It's an accident they feel lucky to be walking away from, but they hope will move the state to install safety measures.