"We are confident that the body we found is that of Naya Rivera," Ventura County Sheriff Bill Ayub said at the news conference.

Ayub said based on the location where the body was found, its physical characteristics and clothing, they believe they found Rivera.
EMBED More News Videos

Officials said they believe a body found Monday morning during a search at Lake Piru in Ventura County is missing actress Naya Rivera.

The body was found at a northeastern area of Lake Piru near the surface of the water.

Ayub said detectives from the department's major crimes bureau investigated the case and determined there was no indication of foul play or suicide.

"It would be speculation to say at this point there are a lot of currents on the lake that appear particularly in the afternoon," Ayub said. "We believe it was mid-afternoon when she disappeared, the idea perhaps being that the boat started drifting - it was unanchored - and that she mustered enough energy to get her son back on the boat but not enough energy to save herself."

The sheriff said Rivera's body was being transported to the county Medical Examiner's Office in Ventura where an autopsy will be performed and a positive identification will be made through an examination of dental records.

The news conference has concluded. Sheriff Ayub has confirmed the body recovered at Lake Piru today was Naya Rivera. Our hearts go out to her family, friends and fans during this difficult time. An autopsy will be performed to determine the cause of her death.

On Sunday, a member of a team searching a Ventura County lake for Rivera said that he's confident his crew were getting a clearer idea of where in the lake to find her, a magazine reported.

Robert Inglis of the Ventura County Sheriff's Office Search & Rescue Team told Us Weekly that the 33-year-old actress sent to a family member a picture of her 4-year-old son, Josey, in front of a cove before she disappeared July 8 after diving into Lake Piru.

"There was a picture sent to a family member that showed the boy on the boat by a cove," Inglis told the magazine. "We found where that cove was."

Teams are using sonar and robotic devices in what could be a long search for "Glee" star Naya Rivera, who authorities believe drowned in Ventura County's Lake Piru.

A time stamp on the photo shows it was taken 90 minutes to two hours before the boy was found alone on the pontoon boat, the magazine reported.

Inglis told Us Weekly that the area where the photo was taken and the spot where the boat was found were starting points for authorities before the search was expanded.

"We did send our dive members to those two locations and searched those extensively," he told Us Weekly.

A smaller team of searchers will be back on the lake Monday.

The Ventura County Sheriff's Office said in a tweet Sunday that cabins and outbuildings near Lake Piru were again being searched, along with the shoreline.

Boat crews and divers scoured the lake as temperatures soared into triple digits. Crews focused on the north and east end of the lake Sunday, which is where the boat was found.

Sonar has been used to search the murky, debris-filled lake as high winds have added to the difficult conditions.

Work on the reservoir may give searchers the break they need.

"The water conservation group is going to be draining the lake possibly beginning Aug.1 if that goes through, so we're going to be looking at a next to empty lake, essentially, especially in the northern part of the lake, which should help with our efforts of finding Naya," Sgt. Shannon King said.

The Sheriff's Office reminded "those intent on searching for Naya Rivera on your own" that the lake is closed, adding that the terrain around the body of water is "very steep and rugged."

Authorities said Thursday they believe Rivera drowned in the lake. Her son was found on the boat.

A search-and-rescue effort has transitioned to a search-and-recovery operation after actress Naya Rivera went missing at Ventura County's Lake Piru.

The boy told investigators that he and his mother went swimming and he got back on the boat, but "his mom never made it out of the water," Sheriff's Sgt. Kevin Donoghue said.

Rivera began acting at a young age, but she rose to national attention playing a lesbian teen on "Glee," which aired from 2009 until 2015 on Fox. The news of her death comes on the seven year anniversary of the death of Corey Monteith, another cast member of "Glee" who tragically died on July 13, 2013. 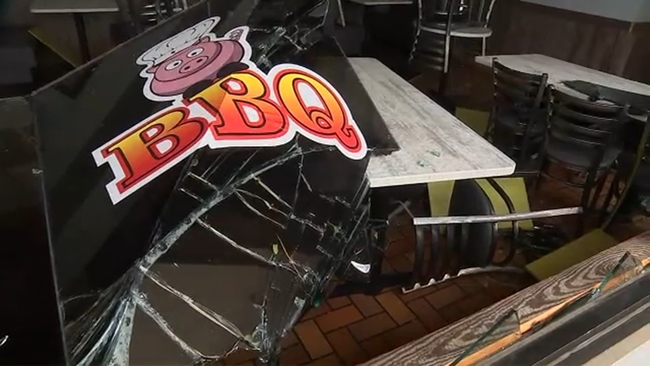