'An innocent kid, gone': Mother and boyfriend charged with murder more than a year after death of 1-year-old boy 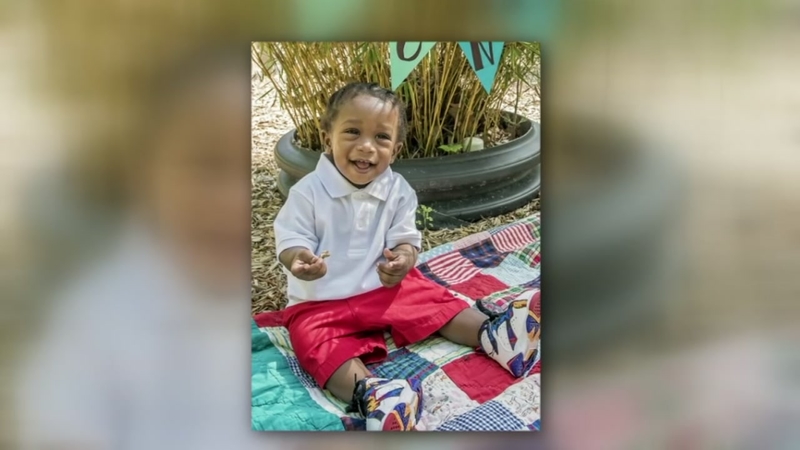 Mom, boyfriend charged with murder more than a year after death of toddler

PITTSBORO, N.C. (WTVD) -- A mother and her boyfriend have been charged with murder more than a year after the death of a 1-year-old boy.

On July 16, 2017, DeAndre Cotton was put to bed by his mother at their apartment home in Pittsboro.

The following afternoon, he was dead.

Now police are looking for his mother -- 28-year-old Josalyn Upchurch.

In an exclusive interview with ABC11, the boy's father, Darius Cotton, said he had just spent time with his son a few days before.

"He was great. He was fine. He was happy," said Cotton.

According to the autopsy report, the one-year-old died from blunt force trauma to his chest and abdomen.

The report said DeAndre suffered from lacerations to his liver and bruises to his face and head.

"It's horrible, man. I don't get it. I just don't get it," Darius said. "I don't see how someone, especially a mother could allow this to happen -- more or less be involved."

"I just feel like it shouldn't take this long at this point," Darius said. "This is a murder. A kid. An innocent kid, gone. I want them to know and realize that they did not get away with it. And I feel like they thought they got away with it.

Adams is currently being held under no bond. He will appear in court Thursday in Chatham County.

ABC11 asked the investigator why the case lasted a year and a half. So far, the investigator has not responded.
Report a correction or typo
Related topics:
pittsborochatham countycrimemurderchild death
Copyright © 2021 WTVD-TV. All Rights Reserved.
TOP STORIES
LIVE: Update on arrest of parents charged in Oxford school shooting
Homeowners burn down house in attempt to get rid of snakes
Pedestrian killed on US 401 identified as Rolesville HS student
Tensions between US, Russia escalate ahead of Biden-Putin call
Money found inside megachurch walls possibly tied to 2014 theft
COVID-19 metrics climb after Thanksgiving but still far below 2020
Show More
Contact tracing revs up as omicron cases detected in several US states
Disney On Ice returns to Raleigh, Fayetteville soon
How unusual to charge parents in school shooting? EXPLAINED
Study suggests past COVID infection may not fend off omicron
Gov. Cooper receives trees, wreaths ahead of tree lighting
More TOP STORIES News