Husband shot while protecting his family during Atlanta home invasion 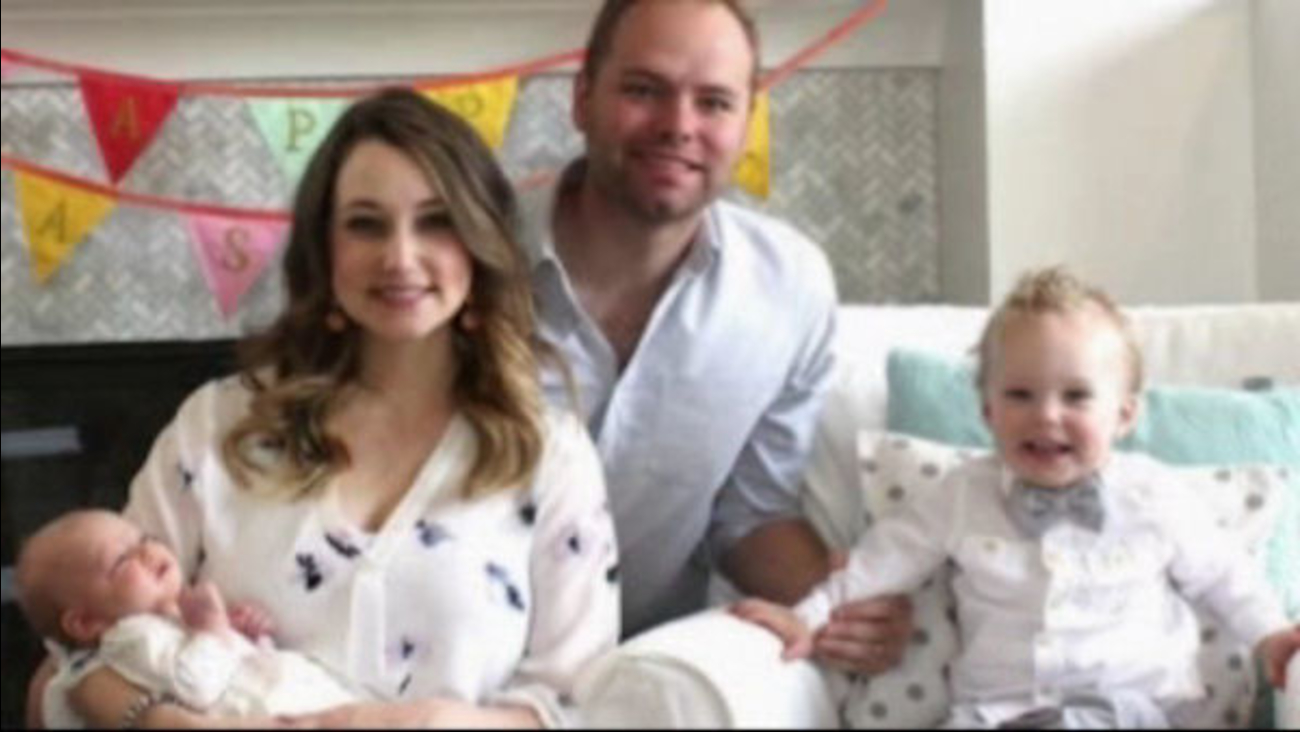 ATLANTA -- The victims of a violent home invasion in Atlanta are speaking out for the first time.

A man was shot twice trying to protect his family while his wife raced out of the house with their 6-month-old.

The young family survived the brutal home invasion after a crew of crooks broke in.

Whitney and Mike Lash say they had just returned from vacation on Sunday when they heard a knock at their door. They encountered two young men who were asking for a jack. Soon, one man pulled a gun and Mike blocked them from entering.

"My heart sank, and I had a feeling that it was an excuse and we were about to be robbed," Whitney said. "Right about that, moment I saw them pull the gun on Mike."

"He warned one last time, get out of the way," Mike said. "And I felt him shooting me in my left leg."

Lash was shot three times in the leg, and the four men forced themselves into the home.

Inside, their 2-year-old son was taking a nap. Whitney Lash ran for her life out the back door, holding their 6-month-old daughter and calling 911.

One of the men followed her out the back door and pointed a gun at them as he gave chase through the yard.

Whitney said it's a miracle she and the baby weren't wounded.

So far, one suspect, 18-year-old Brandon Jerome Smith, is in police custody.

Police are still searching for his three alleged accomplices.

Mike Lash is still recovering, but his family is thankful they're all alive.

"We really do value every moment we have together now, and are just so thankful to have our family be safe," Whitney said. "And we are all closer than ever."