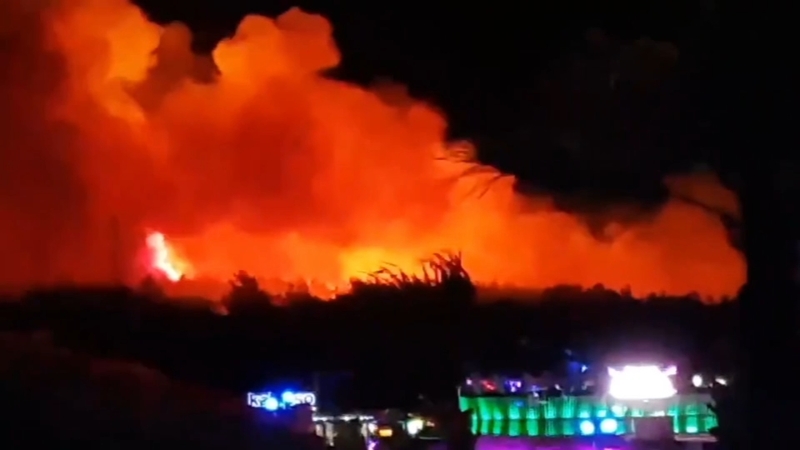 CROATIA -- Thousands of people were evacuated at a hip hop festival in Croatia after a fire broke out Tuesday morning.

Croatian police say that the fire started close to the beach clubs where the Fresh Island music festival was taking place.

Cell phone video shows people at the concert running from the beach as the event was starting.

"There was a forest fire near Zrce Beach last night. After being advised by the police and emergency services to evacuate due to heavy winds, we guided festival goers to the parking area near Noa Club which was a safe distance from the fire," Fresh Island fest posted on Twitter.

The safety of fans is incredibly important to us and we worked with the emergency services to contain the fire over the following hours, transporting festival goers off site when possible and safe.

A statement says no one has been injured.

Festival organizers said they are doing everything they can to make sure the party continues.

We would like to say a big thank you to all Fresh Islanders who were at the festival for being so patient and supportive of each other and for cooperating with security and emergency services during the fire to stay safe.

The Zrce beach on the island of Pag is famous for summer festivals and parties.

It was not immediately clear what caused the fire.