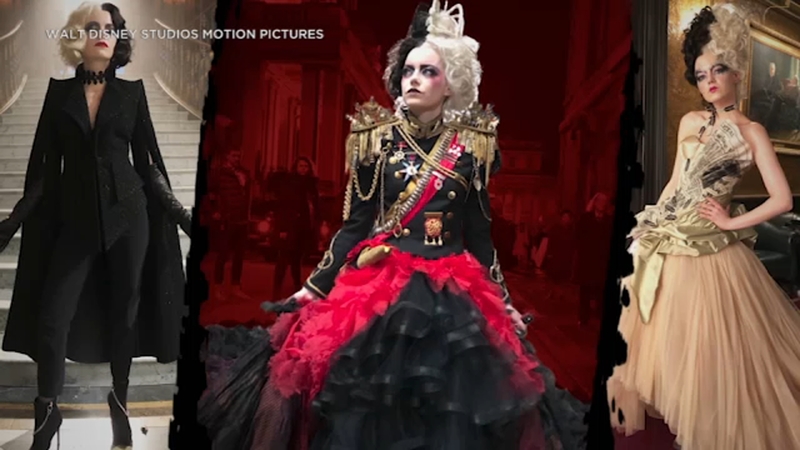 A new movie gives us a pair of talented Emmas who play wicked characters with wardrobes to die for.

Yes, "Cruella" is back. This live-action backstory is set in 1970s London during the punk rock revolution. We meet a grifter named Estella, played by Emma Stone - a clever, creative young woman who's had a hard life that hasn't squashed her big dreams.

"You know, it kind of stands alone as its own story of the character, not really as another piece of a story of '101 Dalmatians,' I think," said Stone.

EXCLUSIVE: Emma Stone hopes her portrayal of Cruella de Vil will inspire viewers to be "more bold, more outrageous and more your true, authentic self."

She goes to work for the high-fashion legend Baroness von Hellman, played by Emma Thompson. Their relationship sparks a course of events that sees Estella embracing her wicked side and transforming into her alter ego, Cruella.

Along with both Oscar-winning actresses, other "stars" of the movie are the costume designs, the hairstyles and the makeup.

"It was a team of people creating both Cruella and the Baroness. We both felt when we stepped into the costumes that the character was sort of half-built for us," said Thompson. "All we had to do was put it on and be there. And you don't always get that. Sometimes you just get a cardigan and an old pair of wellies, you know?"

Emma Stone stars in "Cruella," which tells the untold origin story of Disney's most infamous villain.

Stone also had to share a lot of screen time with a real scene-stealer - an adorable dog named Buddy.

"Oh! Buddy's a star! I remember when the photo first came out. Buddy's sitting on the back of a motorcycle. My best friend sent me a text message 'Who is this star?' and it zoomed in on Buddy," said Stone. "And I agree!"

"Cruella" will be released simultaneously in theaters and on Disney+ Premier Access on Friday, May 28.