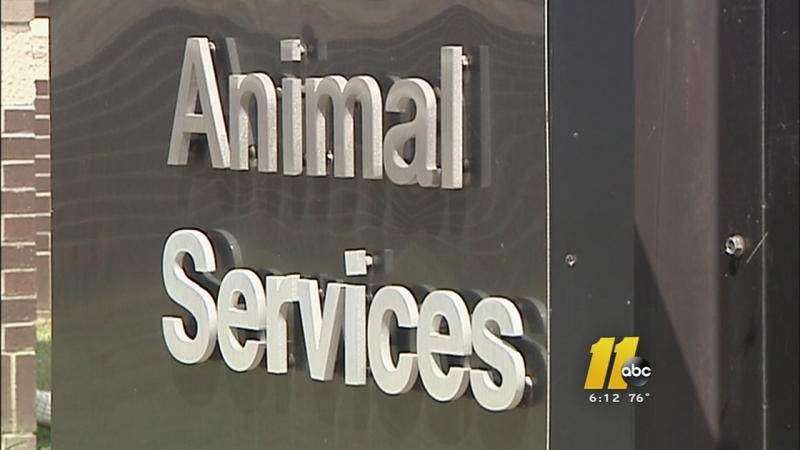 On June 15, Yolanda Streeter's 10-year-old Rottweiler Debo bit their teenaged daughter's friend in the family's backyard. The girl sought medical treatment, which meant the incident had to be reported to Animal Control.

That evening, an Animal Control officer came by the family's Parkton home. By law, he told them, Debo needed to be quarantined for ten days, in either a home or at Animal Services.

Streeter said the family opted to send Debo with Animal Control, so as not to burden family or friends while the Streeters went on a planned vacation.

"So my husband signed the papers for him to be quarantined for the ten days."

She said they told Animal Services they'd be back for the dog in 12 days, instead of ten.

"Two days later he [my husband] called and you know, let them know he was going to be on vacation, so we weren't going to be back on the 25th to pick him up. We wouldn't be back until the 27th."

Before the Streeters left for vacation, they visited Debo in quarantine on June 17, where the dog had been labeled aggressive for what the staff said was "unpredictable, dangerous" behavior.

An activity log also confirms Streeter's husband, Mitchell, called and discussed their vacation on the 21st. It was noted by Animal Services that the family would not return by the end of the quarantine, but nothing is noted about them returning on the 27th.

Streeter said they reiterated their plans to return for Debo during both the visit and the phone call, and were assured that arrangement was fine. But on the 27th, Mitchell Streeter called Animal Services on his way to pick up Debo.

"He called the animal shelter to see if we had to pay a fee for him to be quarantined," Streeter said. "They kind of stalled him on the phone, kept putting him on hold, and he said, 'What did ya'll do with my dog? Did ya'll sell him or something or did you kill him?' And then they told him that they had killed him."

Debo had been euthanized sometime before the close of business on June 25, ten days after Animal Control picked him up. He was disposed of in a landfill.

Officials said Wednesday that the paperwork the Streeters signed gave them possession of an aggressive dog. The animal release form Mitchell Streeter signed on June 15 is marked for a "Code 2," which released Debo to the county.

Yolanda Streeter said they thought they were simply signing the dog off for quarantine.

"Believe me, the last thing we want to do is put an animal down," said Dr. John Lauby, Director of Animal Services.

Lauby said the Streeters never indicated they'd be back to get the dog, and he could not continue to feed or lodge an aggressive dog that could not be adopted. By law, Animal Services said they could have euthanized an aggressive dog immediately, since it was in their legal possession.

Yolanda Streeter said she told officials Debo could be aggressive with strangers, but she wants to see a report or surveillance of his activity during the quarantine.

Another official said the Streeters' visit and phone call were not clear indications of an intention to pick the dog up because people who know their pets will be euthanized often do the same thing.

"Honestly, I feel like somebody who had a loved one who was murdered or killed or something," Yolanda Streeter said. "And they don't have the body back."

Streeter said the family's story should serve as a warning to pet owners.

"If I'd known what was going to happen, I would have never sent him there."