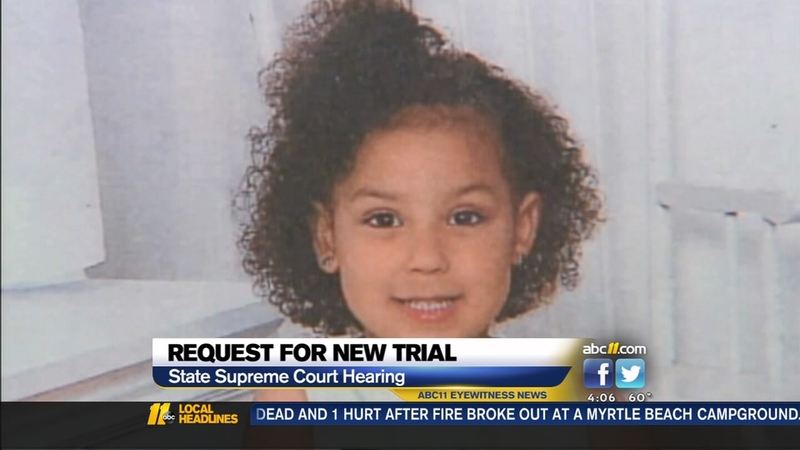 CUMBERLAND COUNTY (WTVD) -- The man sent to death row for the murder of a 5-year-old Cumberland County girl, could get a new trial.

The North Carolina Supreme Court is slated to hear arguments Tuesday in the case dealing with the murder of Shaniya Davis.

McNeill wants the court to overturn his conviction because he says his attorneys should not have told police where to find the little girl's body.

"There was such overwhelming evidence in this case that a slight misstatement that the defendant didn't even want to recall the jury's attention to and that was addressed by a curative instruction didn't change the outcome of this trial," said assistant attorney general Annie Middleton.

The Supreme Court heard arguments in the historic Chowan County Courthouse in Edenton Tuesday morning; however, there is no deadline for them to rule on the case.