WTVD
By Michael Lozano
CUMBERLAND COUNTY, N.C. (WTVD) -- A Cumberland County mother of five is working to pick herself off her feet, after her home was engulfed in flames on October 12.

Shenneka Hutchinson and her five children were attending the 2019 WIDU Anniversary in Fayetteville that Saturday evening.

"All we saw was black smoke, the fire trucks and a bunch of people standing outside," Hutchinson describes as the surreal moment of realizing her house was on fire after arriving home at 10 p.m.

The mother said it was a total loss: personal belongs ruined, the kitchen melted and fire and water damage inside every room and hallway.

"It's hard, it's hard to just look at everything you worked hard for, just down the drain," she said.

A family that had no place to stay found shelter thanks to the Empact One Foundation in Fayetteville.

The organization, according to Archbishop John Miner, provided the Hutchinsons with a hotel, clothing, food and other resources from their network of organizations.

"Whatever resources we have, we're constantly tapping into resources, reaching out to the Cumberland County Schools," Miner said.
Other members of the community, like Theodore Trainor, have also been getting the word out, helping provide the family with other donations.

"I think the goal would be to get first month's rent, something just to start her off," Trainor said.

Empact One has started a fundraiser with the intention of raising around $5,000 for the family.

On top of seeking a new home, Hutchinson is having to pay a deductible for the damages to the landlord that, according to Trainor, is never stated in the lease agreement.

On that fundraiser, they also show others how they can support or donate to the Hutchinsons.

Despite the loss of material items, Hutchinson said she's grateful she and her family are safe.

Fire officials said the fire was caused by a stove being on.

Hutchinson said no one was home at the time and they never left it on. 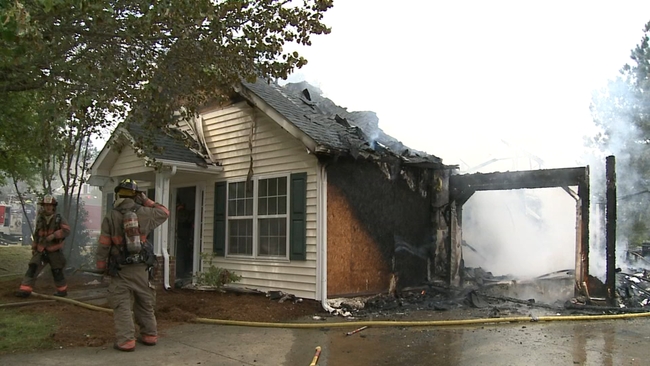 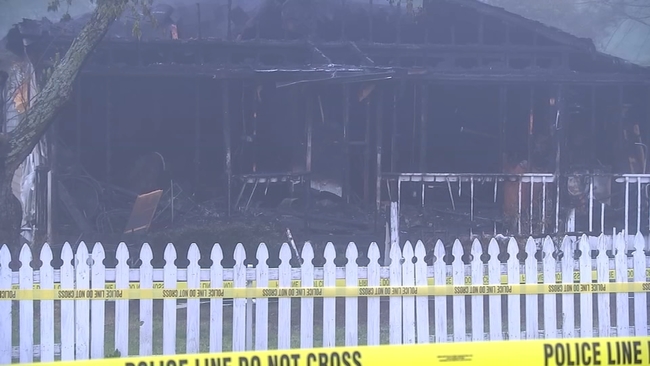