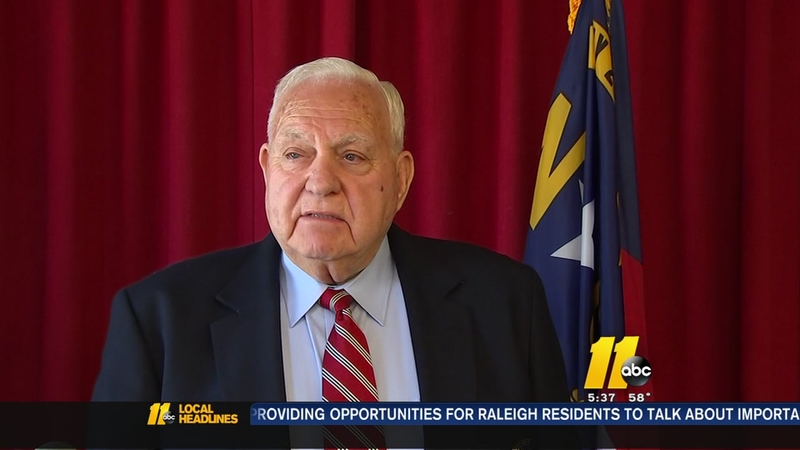 FAYETTEVILLE (WTVD) -- Cumberland County Sheriff Earl Butler, better known as Sheriff Moose to the community, formally announced Thursday that he'll be leaving his position at the end of the year.

"We've made a lot of gains," Butler said at a news conference. "We concentrated on a national accreditation, which the sheriff's office is nationally accredited. We're one of the first two in the state."

Butler will pass the torch to Chief Deputy Ennis Wright, who will make a little history of his own as the county's first black sheriff.

RELATED: 'IT'S TIME:' CUMBERLAND CO. SHERIFF PLANS TO STEP DOWN

"He's a man who's come up through the ranks," Butler said of Wright. "He's a man of integrity, he's a man of leadership; he's a professional."

Wright has served under Butler for 18 years. Now he's eager to build on the department's success. Don't expect drastic change, he hinted.

"My intentions and plans, like I said before, is stay on the straight that the sheriff has started," Wright said.

"I appreciate the people of Cumberland County," Butler said in closing. "This is my sixth term to serve as sheriff of this county. I'm proud of it."