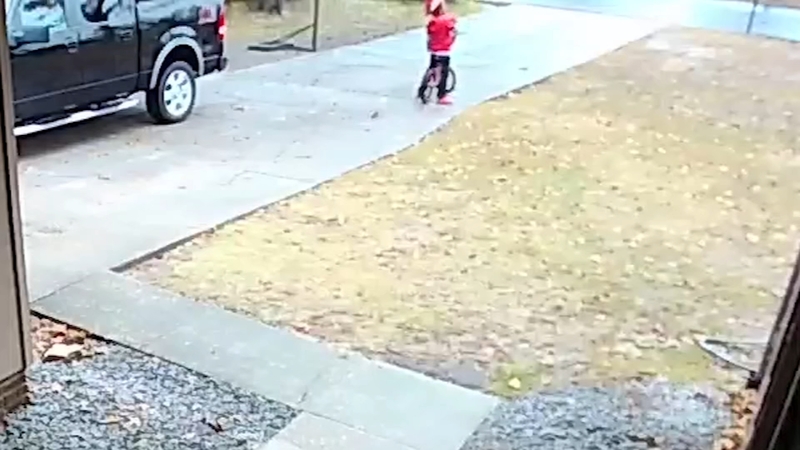 CUMBERLAND COUNTY, N.C. (WTVD) -- A Cumberland County family is recovering from a harrowing weekend after a mother said a man in a silver van tried abducting her son.

"He was crying because, he kept thinking like what would happen, what that man would do to him if he got him," Amanda Vos said.

The mother of two was working on her fence while her son, Stanley, was riding his bike around a cul de sac near their home.

Vos told ABC11 that an older white man in his late 40s drove by and waved at Stanley several times.

Stanley, feeling uncomfortable, walked up to his mom and told him about the man; she told him to scream and run toward the home if the man came back around.

When Vos went inside the home to let their dog in, she heard Stanley screaming for help.

Stanley began running toward the home when Vos went outside to see that silver van outside of their home with the passenger-door cracked open.

Once Vos and the driver made eye-contact, the man sped away from the scene.

"This right here goes to show that people really need to keep an extra eye on their kids because it's serious out here," Vos said.

The Cumberland County Sheriff's Office is investigating the case as a suspicious vehicle.

Authorities are searching for a silver van with a busted headlight and a man with dark hair and a scruffy beard.

They told ABC11 that the evidence on hand prompted them to label the case differently than attempted kidnapping.

Vos hopes this is a reminder to other parents to be watchful of their children.