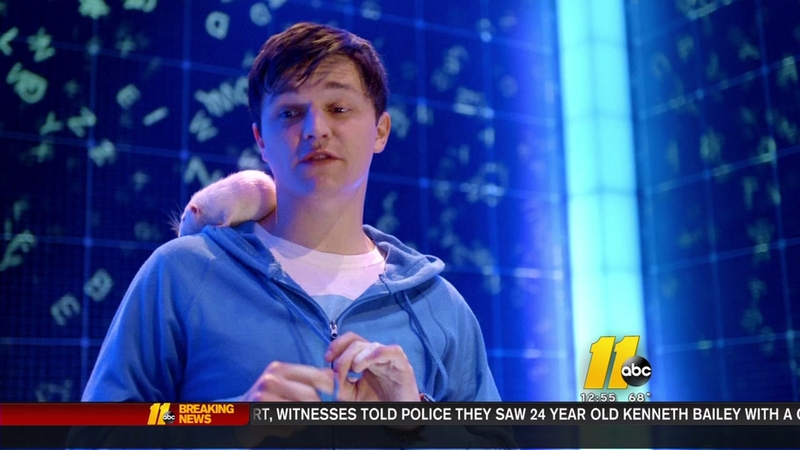 DURHAM (WTVD) -- Theater-goers at the Durham Performing Arts Center are used to seeing big Broadway musical productions on the stage, but this week they're being treated to the Tony Award-winning play "The Curious Incident of the Dog in the Night-Time."

Set in England, the play is the story of a Christopher, a 15-year-old boy who is suspected of killing his neighbor's dog. Christopher has an extraordinary brain but is ill-equipped to interpret everyday life and has trouble relating to his family, neighbors, and teacher. Christopher sets out to find out who really killed his neighbor's dog, and along the way uncovers secrets his parents have kept from him.

The set is a black box with grid lines and LED panels that project images of what's going on in Christopher's brain. It's an intense show with a lot of effects that immerse the audience into Christopher's story.

On Tuesday, 24-year old Adam Langdon played the role of Christopher. His performance was breathtaking as he changes emotions instantly from scene to scene and remains in a frantic state for most of the play. Because the role is so intense, a second actor takes over the role for three performances a week.

"The Curious Incident of the Dog in the Night-Time" won 5 Tony Awards in 2015, including best play and best actor for Alex Sharp who originated the role of Christopher on Broadway.

"The Curious Incident" is playing at DPAC through Sunday, February 26.