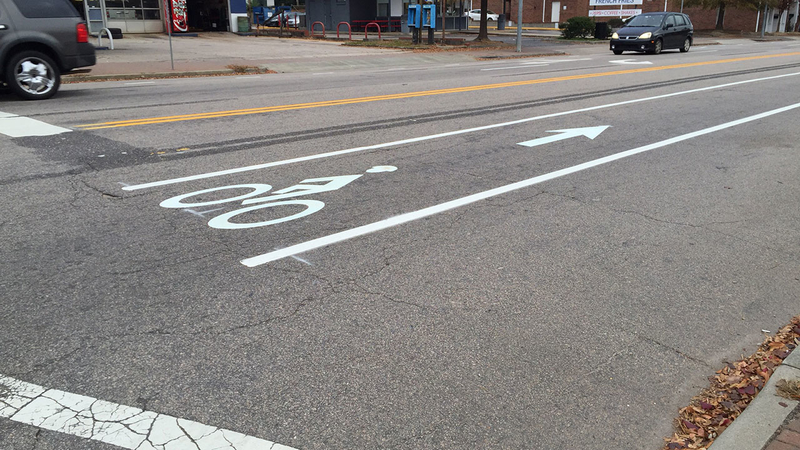 RALEIGH (WTVD) -- As more bike lanes appear on Triangle roads, some cyclists and drivers are expressing their concerns.

On Hillsborough Street near Boylan Avenue in Raleigh, it is a situation of complicated warning signs and marked lanes that has prompted some angry feedback online.

"I enjoy biking on Hillsborough, but changing the busiest place on it ... to one lane is so ... stupid with all the growth we have," one commenter said on reddit. "I know they didn't redo the whole street but anytime I go DT I'll be stuck behind a bus for an extra 5 min."

Some drivers apparently don't notice the lane shift until the last minute, or miss the change completely.

"Hillsborough Street has been ruined," a driver wrote. "It's much better to take Western or Wade if you have to go E-W. For driving, anyway."

"I...think Raleigh is too focused on its image and not long term infrastructure growth," another frustrated driver wrote on reddit. "There will be more cars on Hillsborough before bikes...common sense really since only a small vocal minority cycles to commute."

However, other people who travel in the area have a different perspective.

"NC State wants to revitalize that area," one person wrote. "That section of Hillsborough was redesigned to increase bike and pedestrian traffic/safety while reducing auto traffic. All the new construction is part of that plan as well."

ABC11 reached out to City Hall on Monday. We were told that the new bike lanes are not complete, and additional markings will be added soon to help drivers navigate better.