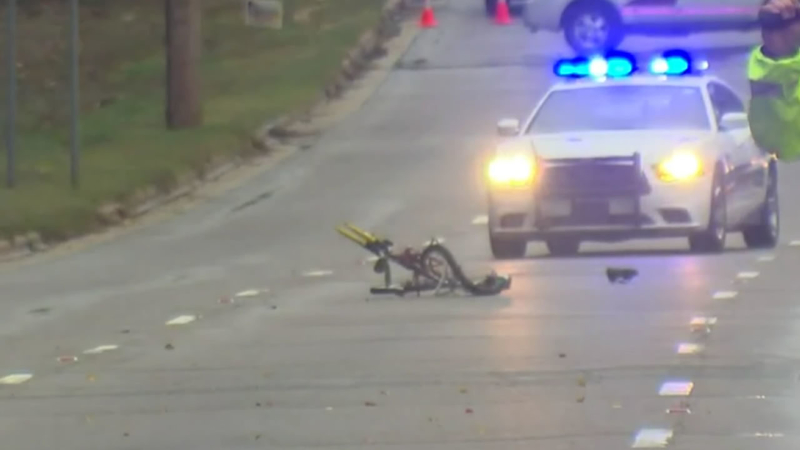 FAYETTEVILLE, NC (WTVD) -- A cyclist was rushed to the hospital in Fayetteville Tuesday afternoon after being hit by a car on Bragg Boulevard near Pilot Avenue.

It happened around 3 p.m.

18-year-old Nick Brooks was riding his bike in the far right lane when police said a Camaro trying to change lanes hydroplaned and hit him.

Renardo Bryant, 31, of Hope Mills was driving the Camaro, according to police. After hitting Brooks, Bryant also sideswiped a 2014 Ford which was run off the road. The driver of the Ford was not injured.

Brooks was taken to Cape Fear Valley Hospital with head and leg injuries. Bryant had minor injuries but did not want to go to the hospital.

Police are still investigating and no charges have been filed.