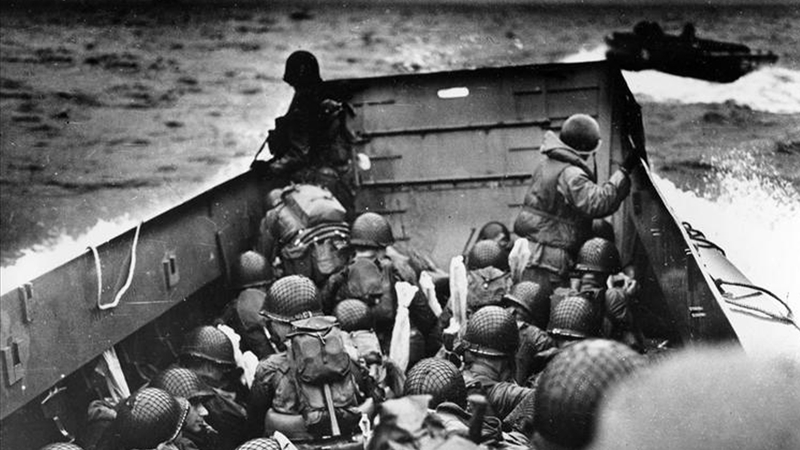 This Day in History: D-Day invasion

NORMANDY, France -- This story was first published on June 5, 1944, hours before AP journalist Don Whitehead, who became known by his colleagues as "Beachhead Don," landed on Omaha Beach in Normandy on D-Day with the 1st Infantry Division. The AP is republishing Whitehead's original report to mark the anniversary of the assault that began the liberation of France and Europe from German occupation, leading to the end of World War II.

The morale of American troops is running high as the vast invasion fleet prepares to move through the channel to storm Hitler's Fortress Europe. 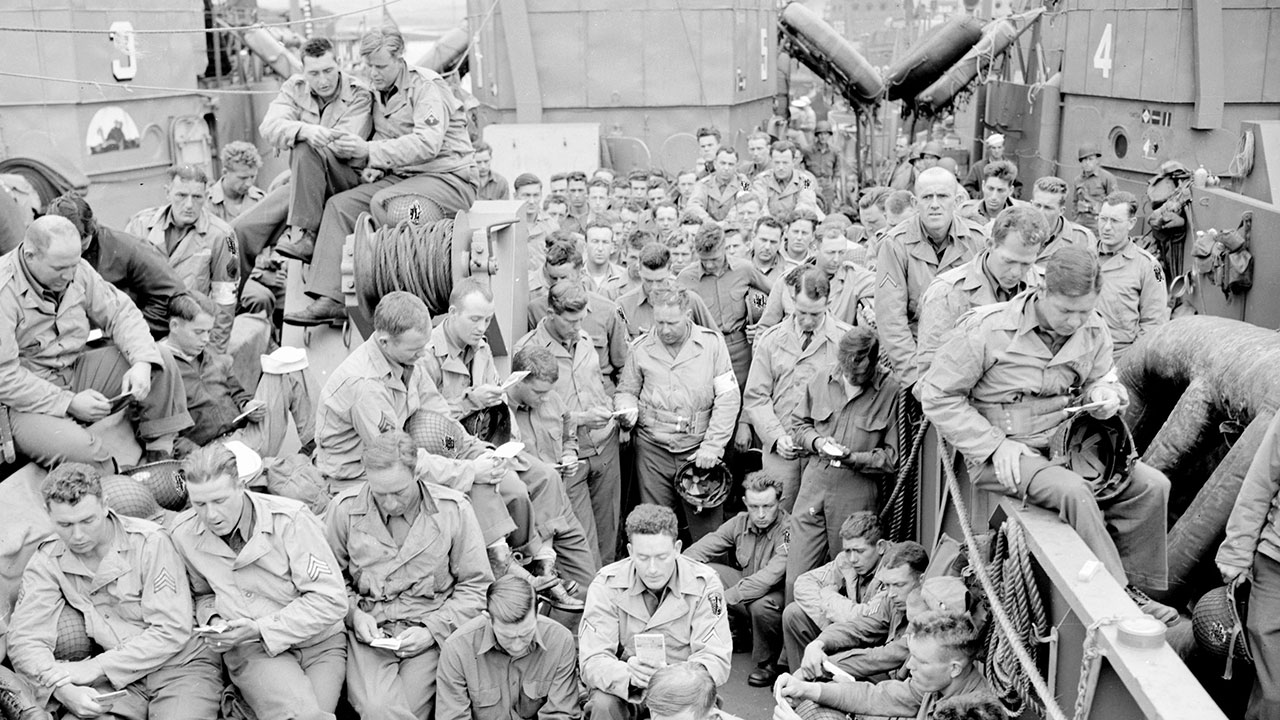 U.S. serviceman attend a Protestant service aboard a landing craft before the D-Day invasion on the coast of France, June 5, 1944.

There's no doubt about it. Doughboys are ready and their spirits are up. They can see the beginning of the end of the war.

It's not a false optimism. They know what lies ahead of them, that many will die or be wounded on the beaches of Normandy. They know the Germans are going to throw everything in the book at them to smash the invasion, but still they are grimly confident. 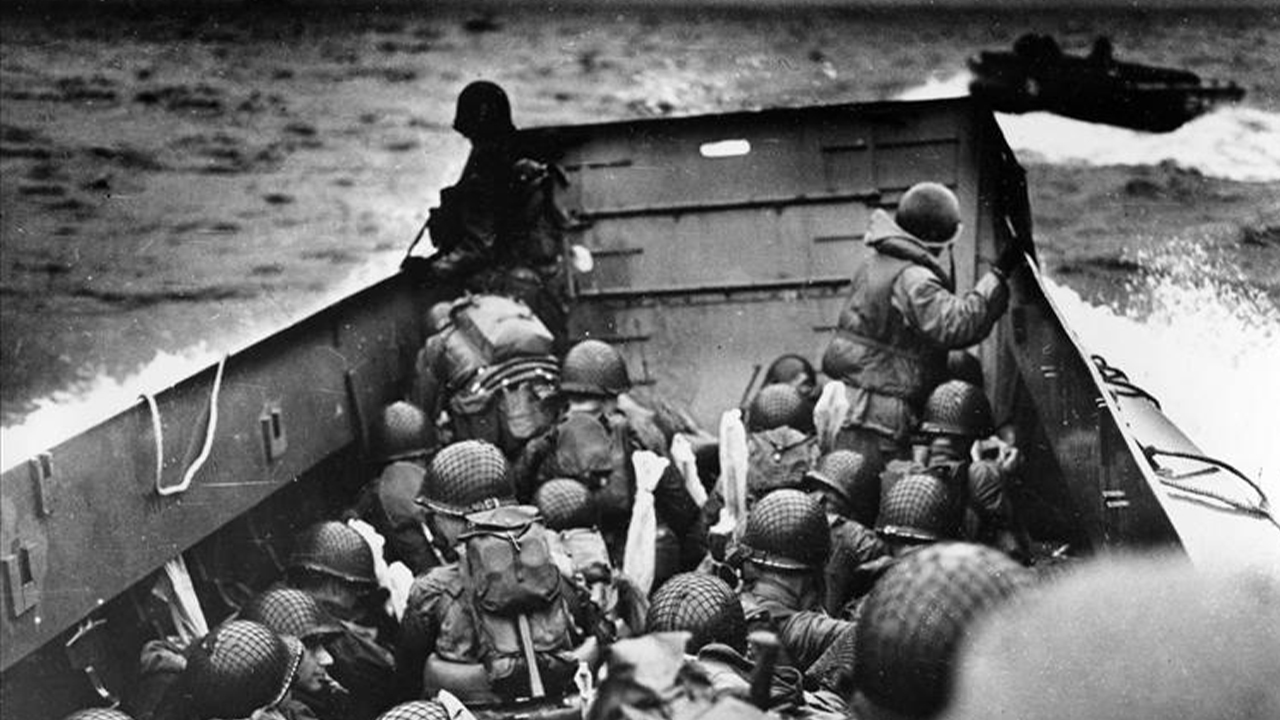 US Army soldiers aboard landing craft approach France's Normandy Coast during the D-Day invasion on June 6, 1944.

They feel this is the road back home, home which most of them have not seen for many months.

Most of them have never been in battle before, but their ranks are toughened by a hard core of veterans who learned to fight across the battlegrounds of the Mediterranean.

The quality, the variety and the amount of equipment are almost beyond belief.

We boarded our ship at midday after all the troops were loaded.

In the bottom hold, the Army had set up a miniature sponge-rubber model of the beach and countryside which our troops are to attack. Sprawled around it were soldiers studying its features. They were leaders of assault groups which will land on the initial waves.