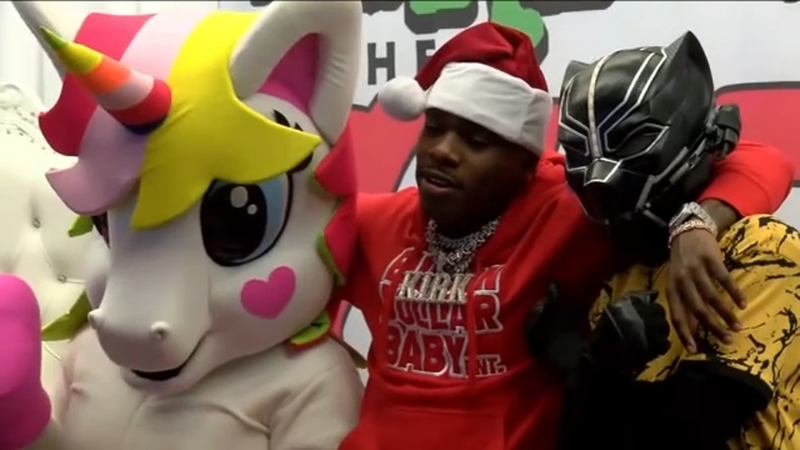 CHARLOTTE -- Grammy-nominated rapper DaBaby was handcuffed and cited on a misdemeanor marijuana charge in North Carolina hours after he performed a concert and gave away toys to children.

Now the Charlotte-Mecklenburg Police Department has launched an internal affairs investigation to determine whether officers followed all department procedures.

Police issued citations to the rapper, whose real name is Jonathan Kirk and who is from Charlotte, on counts of misdemeanor possession of marijuana and resisting an officer Monday night, according to a police statement.

The police statement said officers working outside the concert venue, Bojangles Arena, noticed a strong smell of marijuana coming from the van that brought Kirk there. Officers say they approached the vehicle and could see marijuana in plain view through the windows by using their flashlights.

The police statement said the marijuana in plain view gave them probable cause to take further action. Officers said they waited until after the concert and approached Kirk as he was exiting the venue around 11 p.m., but he walked away and refused to speak to them.

Officers, who said they found less than a half-ounce of marijuana, took him to the sheriff's department but decided ultimately to issue him citations and let him leave in lieu of making an arrest.

Kirk told reporters he believes officers unlawfully searched his car while he was on stage. Video obtained by WCNC-TV reportedly shows the rapper being detained in the parking lot. He says officers target him every time he comes to Charlotte.

"They follow me, they pull us over for no reason, they search our cars," Kirk said.

Before the concert, Kirk gave toys -- including XBox game systems, bikes and headphones -- to underprivileged children.

DaBaby's mother was there to help out with the effort. She was proud to see her son give back.