Cancer survivor, who doctors thought would never walk again, fulfills her wish to dance with the stars 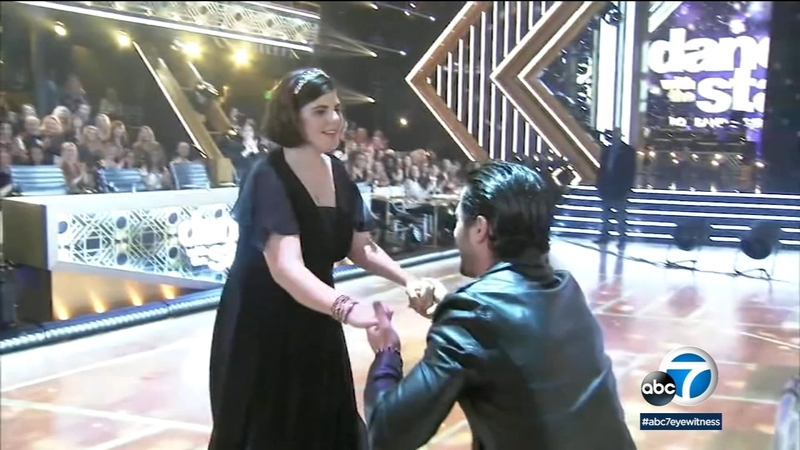 Cancer survivor fulfills her wish to dance with the stars

"There was a lot of 'Dancing With The Stars' stuff," Chmerkovskiy said about Chahrouri's room. "I remember leaning over telling her when she was back on her feet she was going to be doing a dance with me," he said.

Chahrouri, 16, had been diagnosed with a cancerous tumor at the base of her spine. It was the size of a grapefruit.

A team of CHLA doctors performed a 30-hour procedure to remove the tumor and rebuild her entire sacrum.

"Her postoperative course was complicated by an infection that she got in her stomach that spread to her back," Chahrouri's surgeon, Dr. Lindsay Andras said. "You always kind of expect the worst and hope for the best in these types of situations."

Through her recovery, Chmerkovskiy continued to visit.

The Make-A-Wish Foundation granted her dream of dancing. That was the dream, but the reality was Chahrouri was dealing with a long list of life-threatening conditions that started with a stroke in-utero.

Against all odds, Chahrouri overcame. She even joined a basketball team, but at 13-years-old, she started tripping and falling. The diagnosis was a rare bone cancer.

Of the children with a critical illness who get a Make-A-Wish granted, 70% go on to reach adulthood and live healthy lives. The wish often becomes the turning point in their recovery.

Gabby's wish became a reality when Chmerkovskiy put aside Chahrouri's walker so they could dance together on the set of "Dancing with the Stars."

"That is the power of so much prayer. So many people were praying so hard," Nicole Chahrouri said.

"There was no trophy involved but that was the biggest victory I've had," Chmerkovskiy said.