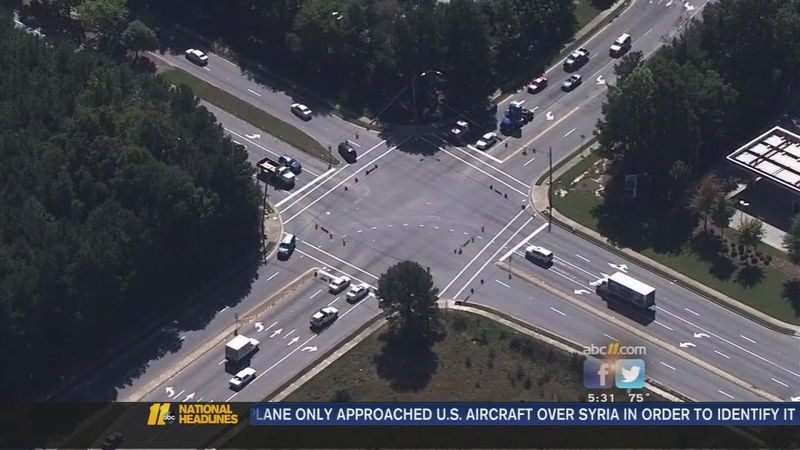 RALEIGH (WTVD) -- They are the most dangerous intersections in the Capital City. While some are obvious, others may surprise you.

The City of Raleigh has turned over a list of the top 50 intersections for crashes.

The number one intersection - Poole and New Hope Roads in Southeast Raleigh.

Number two is Hammond Road at Tryon Road in South Raleigh. Third on the list is Davie and Wilmington Streets downtown.

Lawrence works at Wade Park off Edwards Mill Road, just south of where it meets Wade Avenue - the number four most dangerous intersection.

He lives on the north side so he drives through it every day.

He only expects it to get worse.

"There's a lot of new construction out of here, a lot of people working out of here. It's picking up for sure," Lawrence said.

Long time delivery driver David Langford wasn't surprised either. Langford works for Safety Express of Raleigh and ferries packages all over the Triangle and state.

He says rush hour isn't the only reason the Edwards Mill-Wade Avenue intersection is dangerous.

Rounding out the top five is another intersection downtown - Dawson at South Street.

Also in the top ten, in another growing area of Raleigh, the Brier Creek Parkway and Lumley Road intersection.

Number 14 is yet another outlying area of the city where growth is booming. It's the intersection Falls of Neuse and Forest Pines Road in Wakefield.