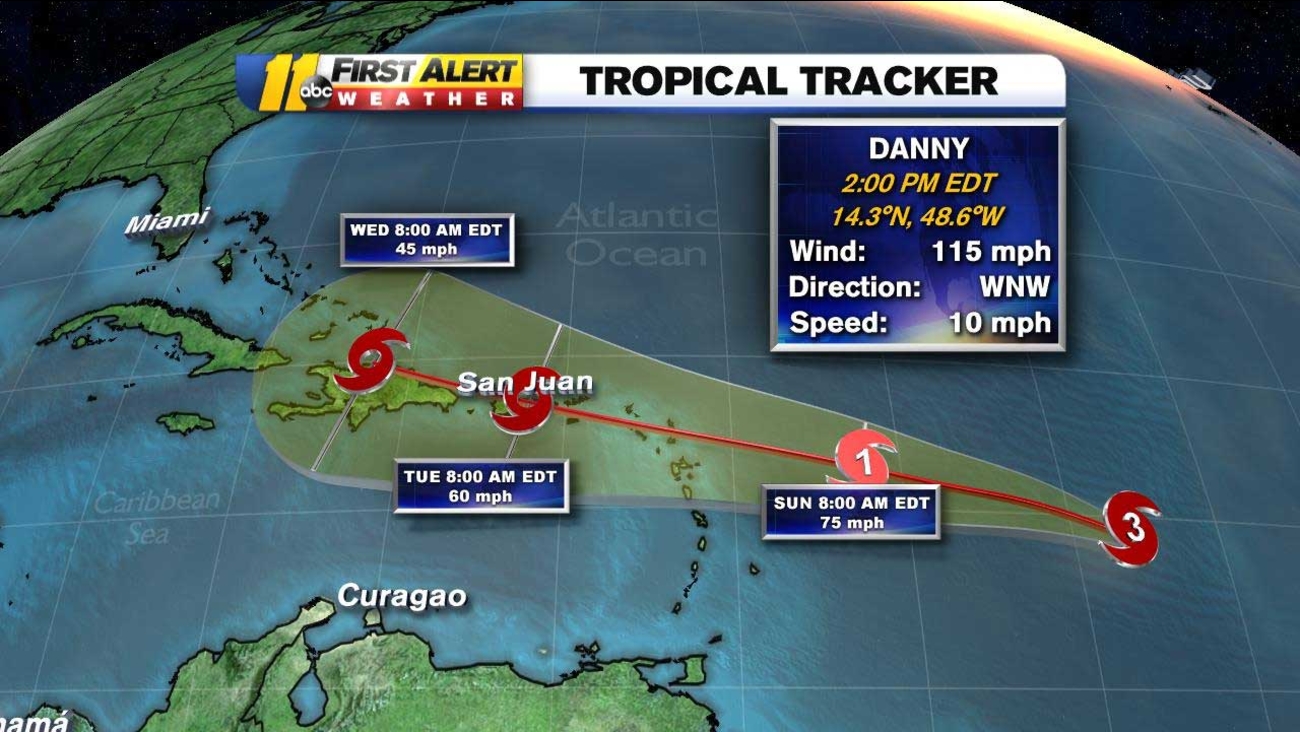 Danny, is now just a remnant low in the Atlantic Ocean.

The National Hurricane Center issued their last advisory on Danny at 11 a.m. Monday.

The system has fallen apart, and the storms are quite disorganized at this point. At one point, Danny reached "major hurricane" status, as it strengthened to a Category 3 storm, with sustained winds near 115 miles per hour. The remnants of Danny will continue to move through the Leeward Islands today and eventually move toward Puerto Rico and the Virgin Islands, bringing some much needed rain to a drought stricken area.

Although Danny is no longer a concern, we are now watching two other areas of low pressure in the Atlantic Ocean. Invest 98-L, a storm named by the National Hurricane Center, is located east of Danny, more than 950 miles east of the southern Lesser Antilles.

Hurricane experts are seeing signs of strengthening, and it is likely that it will become a Tropical Depression in the next day or so. If it eventually strengthens into a Tropical Storm, it will be named Erika. It looks likely that this storm will follow a similar path to that of Danny.

Another low is located just off the Cape Verde Islands. At this point, it looks unlikely that the system will strengthen into a tropical cyclone. The National Hurricane Center is only giving it about a 10 percent chance of development.