WTVD
By Mark Armstrong and and ESPN 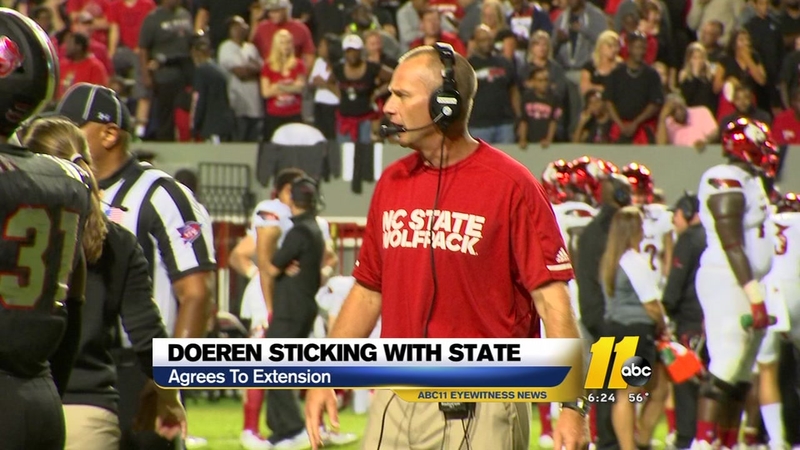 He let his players know with a text message Thursday.

Later Thursday, NC State's Board of Trustees made the news official, announcing it will hold a session on Friday to formally approve the terms of Doeren's new contract.

Speaking with AB11 after the announcement, Doeren said Raleigh is the best place for his family, and he loves it here. He said he listened to the pitch from Tennessee because they have a respectable program, but decided NC State is the best option and he's fired up to stay.

"My heart is at NC State, my family and I are truly grateful to Chancellor (Randy) Woodson and Athletic Director Debbie Yow for the opportunity to continue to build on the momentum we have here in Raleigh," Doeren said in a release from the university. "We're building a championship culture, we have first-class facilities, incredible fan support and I'm honored to continue to lead the Wolfpack."

Here’s Dave Doeren gassing up before heading up to sign his new deal at NC State pic.twitter.com/BY3lMkcFF2

Doeren said he's getting a new contract with NC State and is thrilled the school has faith in him.

"Dave has made significant strides in developing a complete program at NC State, and this new contract continues our commitment to his leadership," Director of Athletics Debbie Yow said Thursday. "We want to support the continued growth of the program under Dave, the culture he has established, the competitive and academic gains he's helped us achieve and his continued progress in recruiting."

Doeren guided NC State to an 8-4 regular-season mark, while finishing 6-2 in ACC play, the most league wins for an NC State program in 23 years. NC State is No. 24 in the latest College Football Playoff rankings. On Sunday, NC State will learn its destination for a fourth consecutive bowl game.

Our photographer @repper78 ran into Dave Doeren at the gas station -- didn't want to speak on camera but said Raleigh is best for family, they love it here... was headed up to sign new deal.

NC State had seven All-ACC selections this season, its highest total since 2002, while Bradley Chubb was honored as ACC Defensive Player of the Year.

Doeren was the latest name to emerge as the Vols search for a new head coach.

After Mike Gundy decided to stay at Oklahoma State on Tuesday, Tennessee athletic director John Currie shifted his focus to Purdue's Jeff Brohm. The two had discussions about the job, but no deal was reached, and Tennessee then moved on to Doeren.

The Vols also reached out to Duke's David Cutcliffe about the job earlier in the week, but Cutcliffe told Tennessee officials he intended to finish his coaching career at Duke.

Tennessee officials have also had talks with SMU coach Chad Morris and Auburn defensive coordinator Kevin Steele, as they try to put an end to a whirlwind coaching search to replace Butch Jones, who was fired Nov. 12.
That search seemingly ended with Ohio State defensive coordinator Greg Schiano on Sunday, but that deal was nixed after fans and state politicians expressed their outrage.

Doeren, in his fifth season at NC State, was also in the running for the Ole Miss head job, but the Rebels promoted interim coach Matt Luke to be full-time head coach. 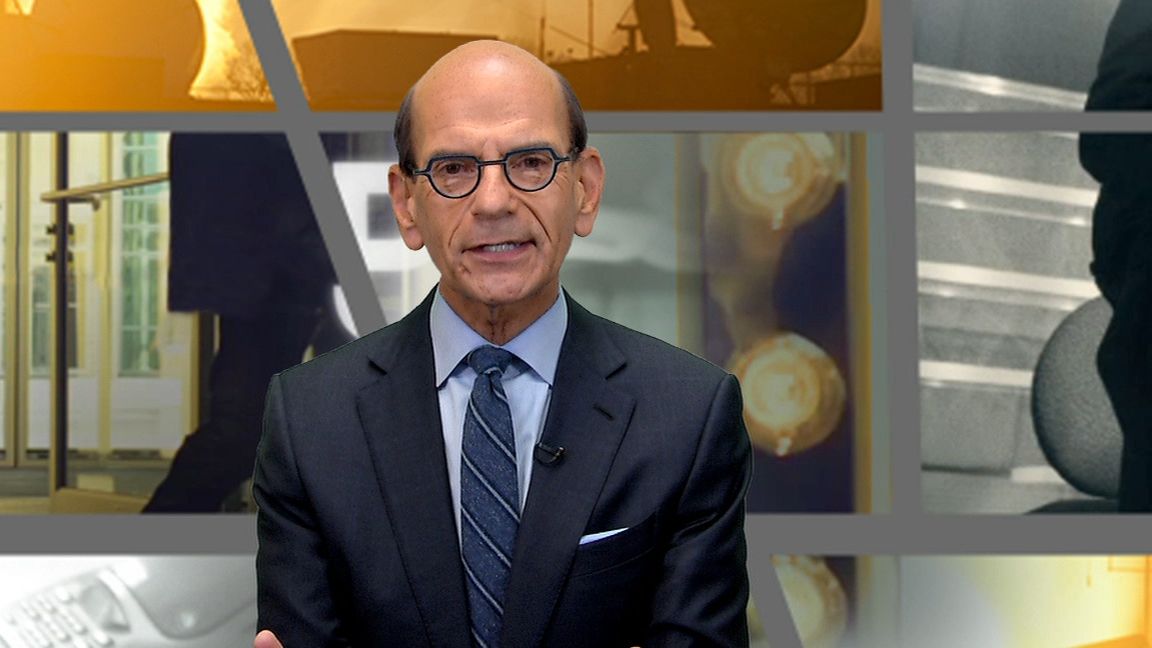