Raleigh officers were justified in fatal shooting of armed robbery suspect in May, Wake DA says 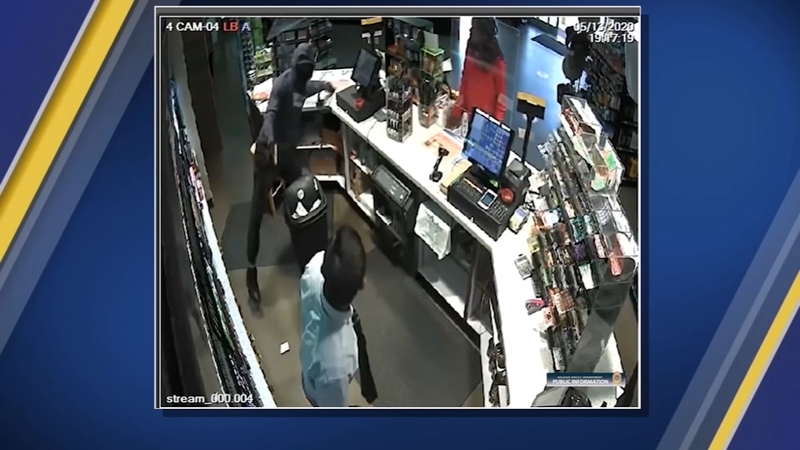 RALEIGH (WTVD) -- After a seven-month of investigation, the Wake County District Attorney announced on Friday that two Raleigh police officers were justified in fatally shooting an armed robbery suspect back in May.

On May 13, senior officers M. P. Brown and S. M. Pekich responded to an armed robbery at a BP gas station at 2120 New Bern Avenue.

The encounter led to a shootout between the armed robbery suspect and the two officers. Brown was shot in the abdomen covered by his bulletproof vest.

Both officers fired back, hitting David Tylek Atkinson, 24, a total of five times as he "attempted to escape arrest:" one in the heart, another in the wrist and three others in the leg and ankle, according to an autopsy report in District Attorney N. Lorrin Freeman's statement.

Atkinson was taken into custody before being taken to the hospital. The stolen cash, tobacco and handgun used in the robbery were found on the ground next to him, police said.

"I immediately looked toward the counter and that's when I saw a man pointing a gun at the clerk's head and so I sat the beer I had in my hand down and I made a beeline to my car, got into it, drove out onto New Bern and immediately called the cops," witness Riley McConnell said back in May.

The District Attorney said Friday that she determined that officers Brown's and Pekich's use of deadly force was lawful.

Security footage shows Atkinson pointing a gun at the store employee during an armed robbery.