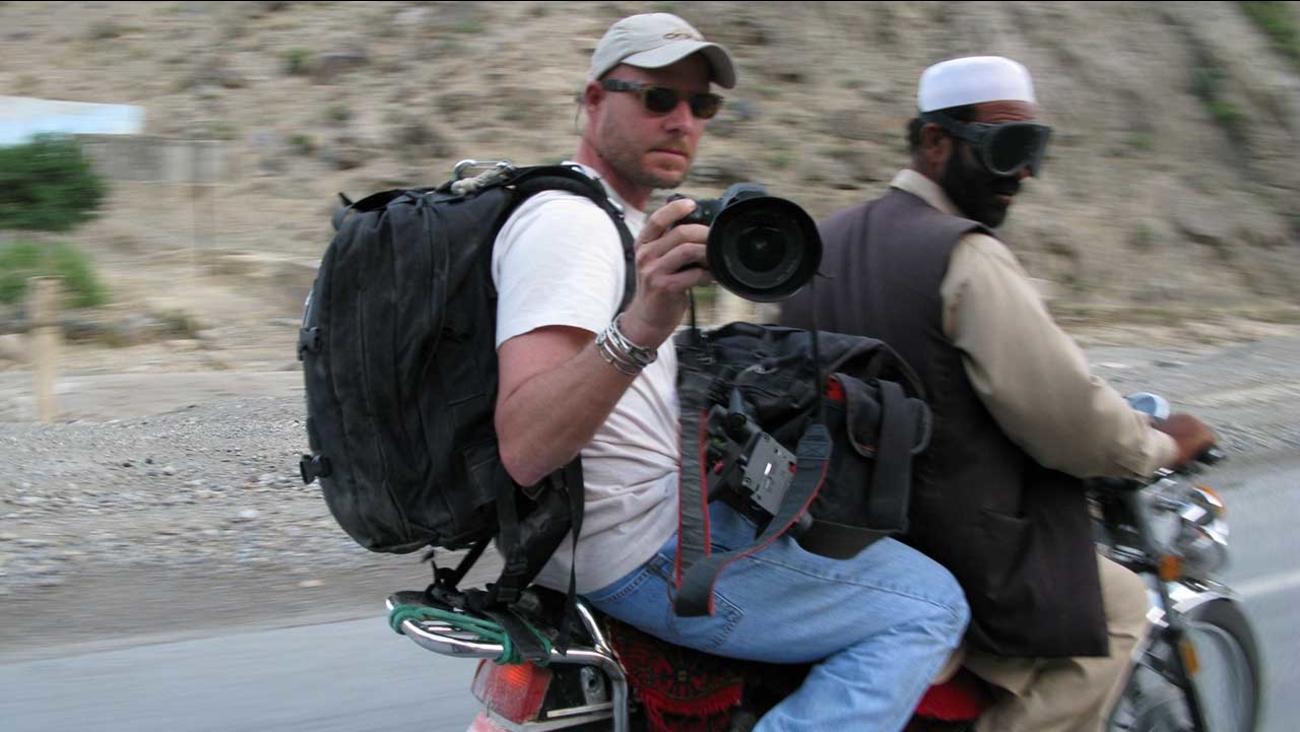 Gilkey, and his translator, Zabihullah Tamanna, "were on assignment for the network traveling with an Afghan army unit, which came under attack killing David and Zabihullah," according to NPR.

"David was considered one of the best photojournalists in the world - honored with a raft of awards including a George Polk in 2010, an Emmy in 2007 and dozens of distinctions from the White House News Photographers Association," an NPR statement posted online said.

The pair were traveling with an Afghan army unit when the convoy came under fire. Their vehicle was struck by shell fire.

Gilkey was traveling on assignment with NPR's Pentagon correspondent Tom Bowman and producer Monika Evstatieva, who were traveling in a separate vehicle and physically unharmed.

Gilkey had been covering war and conflict in Iraq and Afghanistan since 9/11. He joined NPR in 2007 from the Detroit Free Press. He also worked at the Boulder (CO) Daily Camera, where he handled local assignments for the paper and overseas assignments for Knight Ridder, according to his online biography.

In an email to NPR's staff Sunday evening, its President & CEO Jarl Mohn wrote: "As a man and as a photojournalist, David brought out the humanity of all those around him. He let us see the world and each other, through his eyes. 'The things to do were amazing and the places to see were epic,' David once said of his work. 'But the people, the people are what made it all worth the effort.'"
Related topics:
afghanistan waru.s. & worldphotographyafghanistan
Copyright © 2022 WLS-TV. All Rights Reserved.
TOP STORIES
1-year-old dead after being left in hot car in Mebane
Activists call for arrest of Raleigh woman in Emmett Till case
12-year-old, mom badly burned in science experiment explosion
Flight delays, cancellations worry some travelers
'Miracle baby' improving thanks to last-minute treatment
Tropical Storm Bonnie forms in Caribbean Sea
NC 2-month-old killed, parents charged
Show More
2 officers killed, others injured in Eastern Kentucky shooting: police
FBI raids Fayetteville church accused of operating as a cult
Homeownership becoming more expensive in the Triangle
Family member beats shark to free teen girl from its jaws
2nd visitor in 3 days gored by Yellowstone park bison
More TOP STORIES News