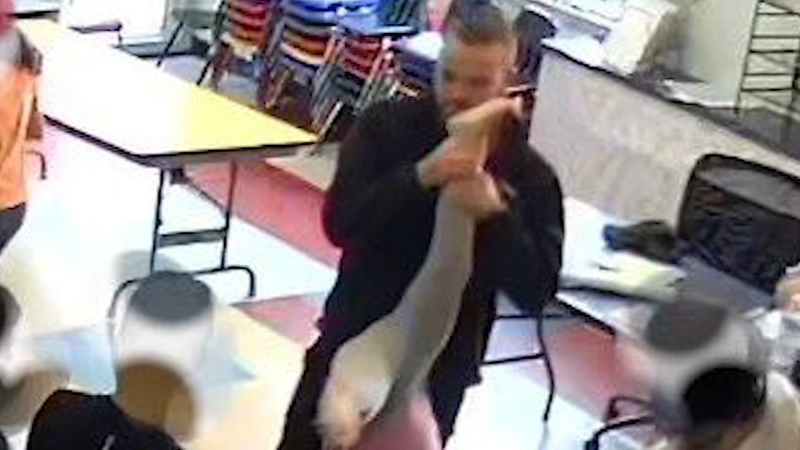 Joshua Tennant, 27 and Emma Dietrich, 31, have been charged with child endangerment.

The Aug. 13 incident at the Worthington Learning Center was caught on camera.

Police said the video shows Dietrich and Tennant sitting at a table and watching the bullying without any attempt to stop the older children.

The girl was visibly frightened, with her eyes closed as she tried to curl into the fetal position.

At one point, Tennant picked up the 5-year-old girl by her right ankle and left leg and carried her upside down, placing her back on a rug near the children who had been bullying her, police said.

Columbus police said, "This case remains an ongoing investigation. While we are protecting the identity of the 5-year-old victim, we want to share with you the severity of what little girl endured in a learning center. "