Mom of Durham murdered teen: 'Please help me bring these people to justice' 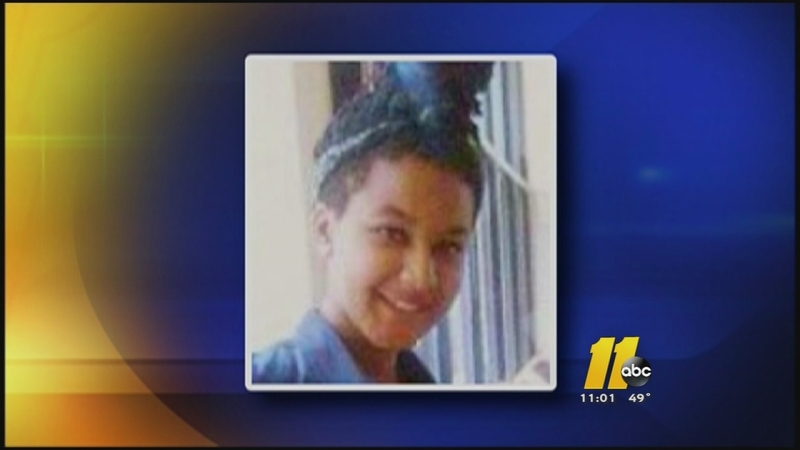 Mom of murdered teen: 'Please help me bring these people to justice'

DURHAM (WTVD) -- The mother of a murdered teenager is asking the public to help catch her daughter's killer and to assist with a proper burial.

Koteya Hall said her daughter Tierra Hall went to school last Friday at Jordan High School in Durham. It would be the last time she would see the 17-year-old alive.

Hall said her daughter never made it home from school. The two had an argument earlier that day. She assumed the teen was still upset and hanging out with friends when she failed to come home later that night.

"She was so good about telling me where she was going to be, who she was going to be with, [and] when she was coming home," explained Hall, adding that her worst nightmare came true when a Durham police officer knocked on her door.

Police say the teenager's body was found behind a vacant home in the 4100 block of Trotter Ridge Road. The home had been up for sale. Passersby checking out the property discovered Hall's body and called 911. The caller told dispatchers they believed Hall was asleep.

ABC11 sources say Hall had severe head injuries. Investigators will neither confirm nor deny the cause of death. They are awaiting the results of an autopsy.

"It's agonizing," cried Hall. "I don't know anything. Somebody does and I want them to come forward. If this was your family member, you'd want the same thing."

Hall said she and her daughter moved to North Carolina from Texas three years ago to start a new life. She would like to return her daughter's body to their home state.

"It just makes sense. That's where her family is. I'm going to lay her to rest next to my father," she added.

There has been an outpouring of support on social media. A family friend has set up an online fundraiser to help with funeral expenses.

Hall said she also wants to hold a local vigil with her daughter's friends.

"She was a happy-go-lucky, humble girl. I had no trouble out of her," Hall said, wiping away tears. "Anybody would wish for a daughter like her. She made my days brighter."

Police said Tierra Hall was a targeted victim, and that the crime was not random.

Click here for the GoFundMe page has been set up to help the family with funeral costs.