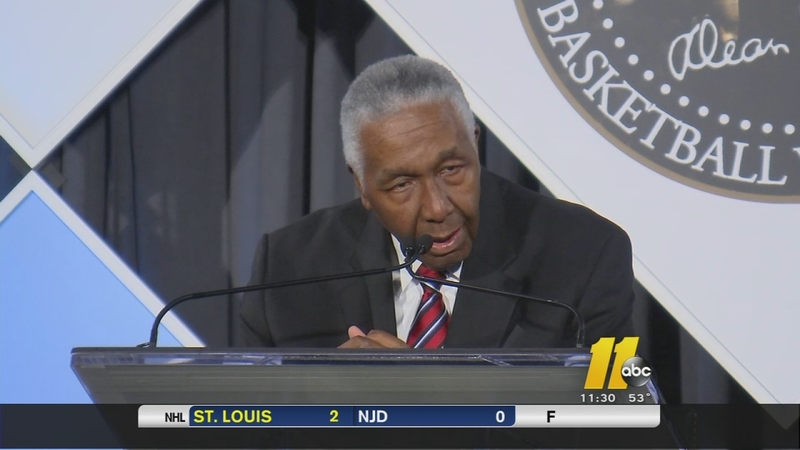 "I say you hit my soft spot. I cannot say no to anything that is associated with him or his actions or what he stood for. And I'd rather eat a bug then attend things like this," said Thompson.

"I happen to think Coach Smith is the best there ever was. And he was even better off the court than he was on the court with what he stood for and I think what Coach Thompson stood for was right there with him," said current UNC Head Coach Roy Williams.

The USBWA announced the creation of the award in June and said it would honor an individual who embodies Smith's values and spirit. Smith retired in 1997 as the winningest coach in Division I history and was known for taking a stand on social issues such as racial equality and opposition to the death penalty.

Smith died in February at age 83.