Mother, boyfriend appear in court to answer for death of 1-year-old DeAndre Cotton 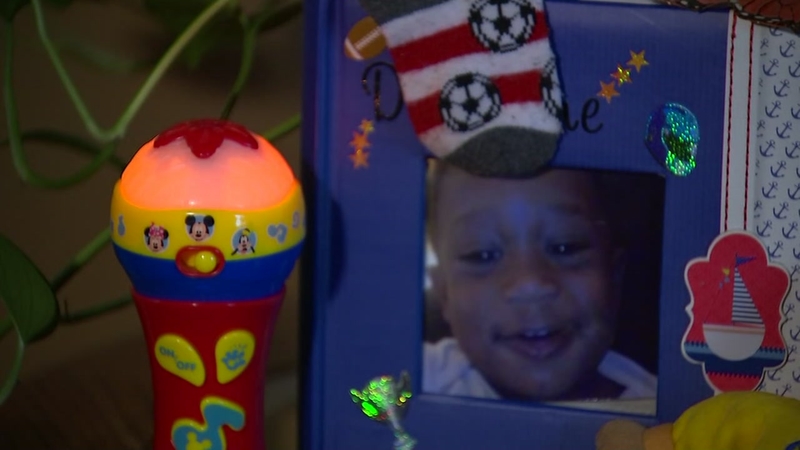 Mother, boyfriend appear in court to answer for death of 1-year-old DeAndre Cotton

PITTSBORO, N.C. (WTVD) -- A mother has been arrested and accused in the death of her 1-year-old son.

On July 16, 2017, DeAndre Cotton was put to bed by his mother at their apartment in Pittsboro. The following afternoon, Cotton was dead.

Adams appeared in court around 11:15 a.m. Thursday. His family was in court as he asked for a court-appointed attorney.

NEW: Mother charged with the murder of her 1-year-old son is in custody. Her boyfriend is facing the same charge. Both expected to appear in court. #ABC11 Read more here: https://t.co/k269PqpWuF pic.twitter.com/mI8BXerQFJ

Upchurch also appeared in court Thursday. She told ABC11 that she wants to hire her own attorney.

"It's horrible, man. I don't get it. I just don't get it," Darius Cotton said. "I don't see how someone, especially a mother could allow this to happen -- more or less be involved."

Today is difficult for De’Andre’s father, Darius. He’s been waiting more than year for someone to be arrested and charged for his 1-year-old’s murder. His wife consoles him as we wait for the suspects Ricky Adams and Josalyn Upchurch to appear in court (Mom/boyfriend) #ABC11 pic.twitter.com/o8R1RK8V2R

Thursday, Darius Cotton was in the courtroom waiting to see what happened.

"We haven't rested since this happened," Cotton said. "That was just evil. I don't feel like that was planned for DeAndre's life."

The family sharing with me these images of De’Andre Cotton during happier times. The first pic is with his dad during his 1st and only birthday. De’Andre’s mom and her boyfriend are charged with murder and abuse. #ABC11 Read more here: https://t.co/33cLhj9Eo0 pic.twitter.com/5ptUJBIl5D

"They could have dropped him off any time -- day, night, morning, ice, snow," she added. "The door was never closed to De'Andre being here."

Darius Cotton said he was grateful for the time he did have to spend with his son and added: "Justice has begun."