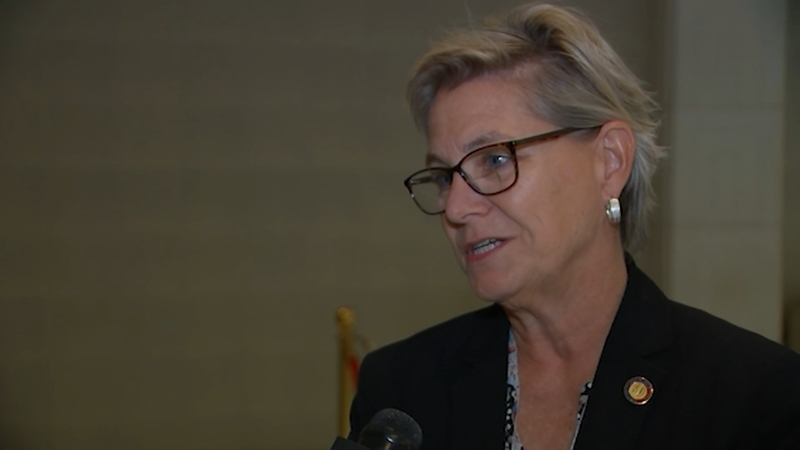 Video of North Carolina Rep. Deb Butler, D-District 18, speaking out after House Republicans held a surprise emergency session, voting to override the Governor's budget video, has gone viral. Democrats said they were told there would be no votes that day.

"If you usurp this process in this fashion, you will answer to the people of North Carolina," Rep. Butler said in the video. "Absolutely cowardice. Childishness. Cowardice."

ABC11 caught up with the lawmaker from Wilmington on Friday.

"I struck a chord, I guess, with people," she said. "I think I wound up in the heat of the moment saying things that many people have been feeling for a very long time."

"It appears that N.C. House Democrats were indeed on the NCGA campus during a vote to override Governor Cooper's budget veto Wednesday morning rather than at a 9/11 memorial ceremony as has been claimed by liberal activists and the mainstream media."

"I think some people were at a 9/11 ceremony. I don't think that everyone was.

"That's a lot of smoke and mirrors to try to distract people but the fact of the matter is they said there would be no votes," she added. "They broke a sacred trust. They lied."

On the day of the vote, House Speaker Tim Moore, R- District 111, said:

"Some want to turn around and fuss and argue about procedure but if they didn't want it to pass, all they had to do was show up for work."

Butler stands by her heated words in the video.

When asked if she was still that angry, she said, "I may have come down a notch or two but not many."