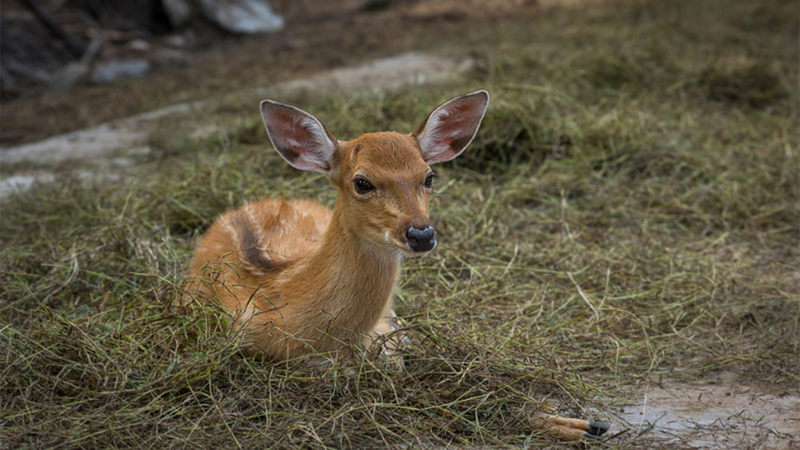 Tennessee officials have enacted their chronic wasting disease response plan after reports involving white-tailed deer in the western part of the state.

"The cervid importation ban is to try to stop the spread of chronic wasting disease and hopefully prevent, or at least delay, its arrival in North Carolina," said Brad Stanback, commissioner for District 9, which encompasses the state's westernmost counties. "The disease has been spreading east for several years, and in some Western and Midwestern states, the deer population has been severely impacted."

Wildlife commission spokeswoman Jodie Owen said there has never been a confirmed case of chronic wasting disease in North Carolina. Until now, the closest known cases were found in deer in Virginia.

Chronic wasting disease is transmissible in deer, elk, moose and reindeer/caribou and always kills its victims. The source of the disease is a form of protein that collects in the animal's brain cells, according to the wildlife commission. These brain cells eventually burst, leaving behind microscopic empty spaces in the brain matter that give it a "spongy" look.

"It will be a pretty big deal if we get CWD in North Carolina," said Justin McVey, mountain region wildlife biologist for the wildlife commission. "It's a fatal disease that's not really well understood. It could have a big impact on our deer herd and hunting."

McVey said commission biologists conduct statewide sampling of deer every year through hunter harvests and from road kill, and attempt to sample all deer that show signs of the disease or die of unknown causes.

"Unfortunately, it's inevitable that it will get here. It's possible that it's already here, and we just haven't detected it yet," McVey said. "We're trying to be as cautious as we can. The public can help by looking for signs of CWD in deer -- if they are disoriented, stumbling around, emaciated, definitely contact us and let us know about it."
Report a correction or typo
Related topics:
health & fitnessncillnesswild animalsdeer
Copyright © 2022 ABC11-WTVD-TV/DT. All Rights Reserved - The Associated Press contributed to this report.
TOP STORIES
Don't celebrate July 4 by shooting guns, police warn
Everything to know about Raleigh's fireworks show tonight
In Raleigh, people observed this July 4th in different ways
IL shooting suspect taken into custody after 6 killed, dozens hurt
Renters struggle to find apartments in hot housing market
Fayetteville neighbors still processing officer-involved shooting
Neighborhood July 4th parade brings crowds to Durham's Oval Park
Show More
More than 200 soldiers return to Fort Bragg after deployment
Tips on keeping pets safe, happy during 4th of July celebrations
Joey Chestnut, Miki Sudo win Nathan's Hot Dog Eating Contest
Travel trouble with flights, gas prices continues this 4th of July
Hospital admissions more than triple around July 4th holiday
More TOP STORIES News