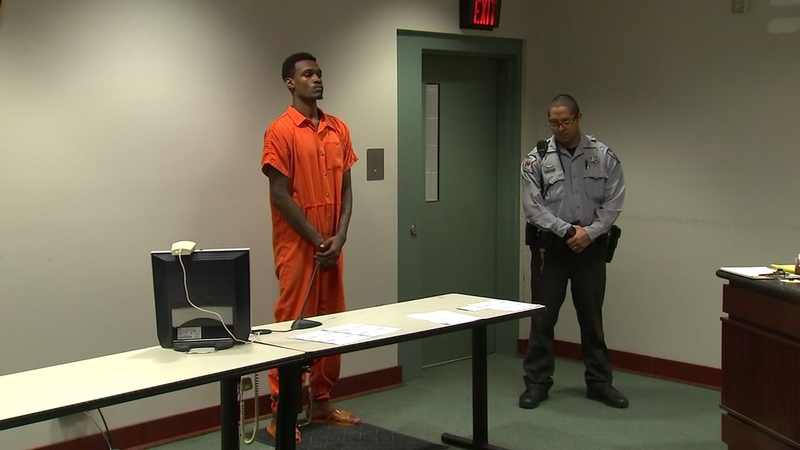 WILL COUNTY, IL (WTVD) -- Will County, Illinois deputies have charged a Fayetteville man with concealing the death of his girlfriend who was found in a shallow grave earlier this month.

Authorities say she was strangled.

On Tuesday, a press release from Will County Sheriff Mike Kelley announced that a warrant had been issued for the arrest of 24-year-old Deiontae Shawnrico McMillian of Fayetteville.

McMillian was charged with Concealment of a Homicidal Death in connection with the strangulation of 22-year-old and mother of two, Danica Shernay Ford.

According to the press release, the investigation began on Nov. 12 when a hunter in Illinois found a dead woman in a shallow grave.

After the autopsy was conducted, deputies said a coroner concluded that the young mother had been strangled to death.

The investigation led them to Fayetteville where McMillian was arrested and is being held on a $2 million bond.

Detectives do not believe that Ford was killed in Will County.

According to the Sheriff's Office, McMillian and Ford moved to Illinois in early 2018 after McMillian was offered a job at an insurance agency in Schaumburg. Ford worked as a dancer and hair stylist.